She was a will always be remembered as a very special part of my life. She gave me so much and she didn’t even know it. I know I will never have another little friend like her. My sweet little Sadie. 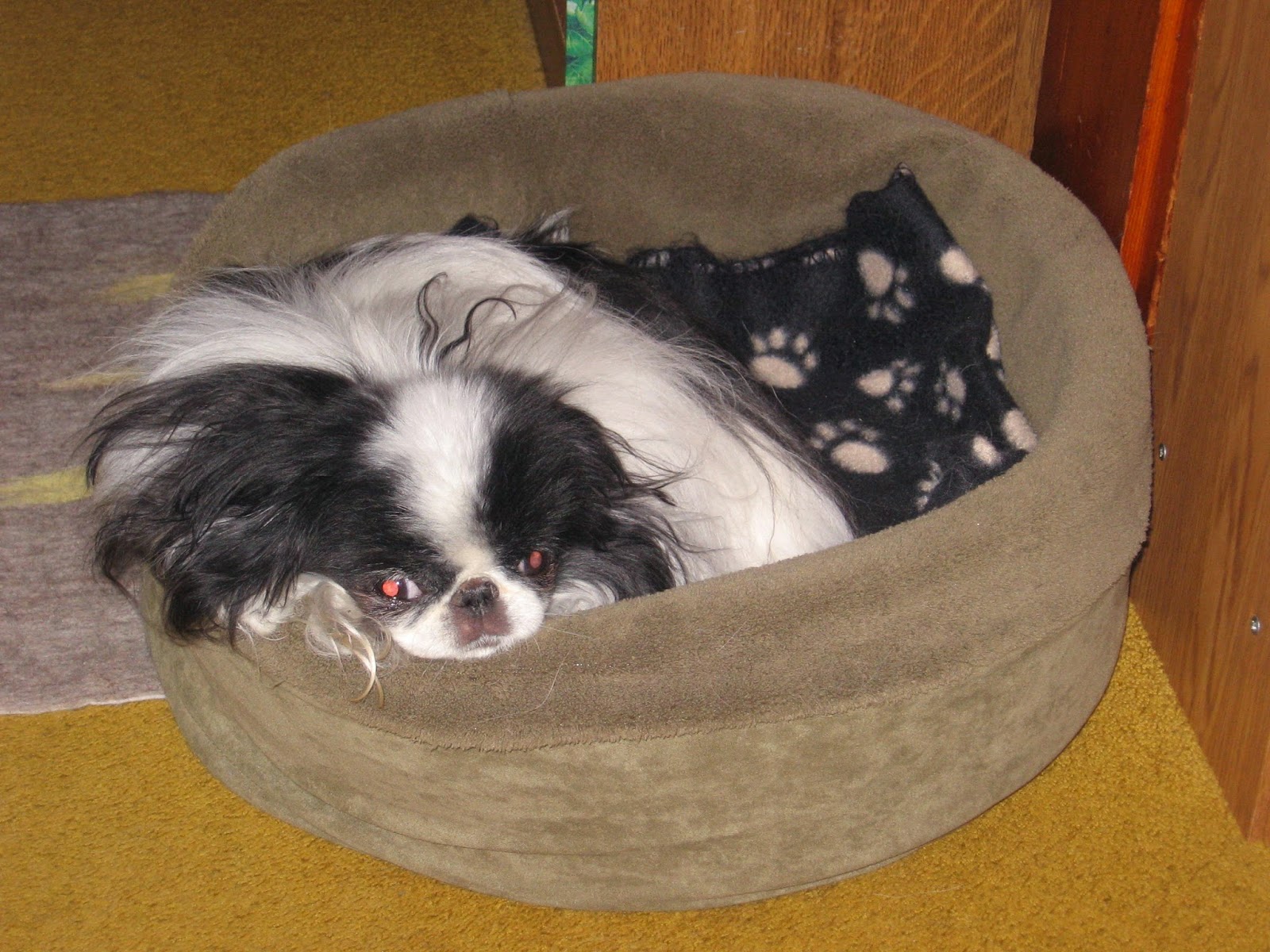 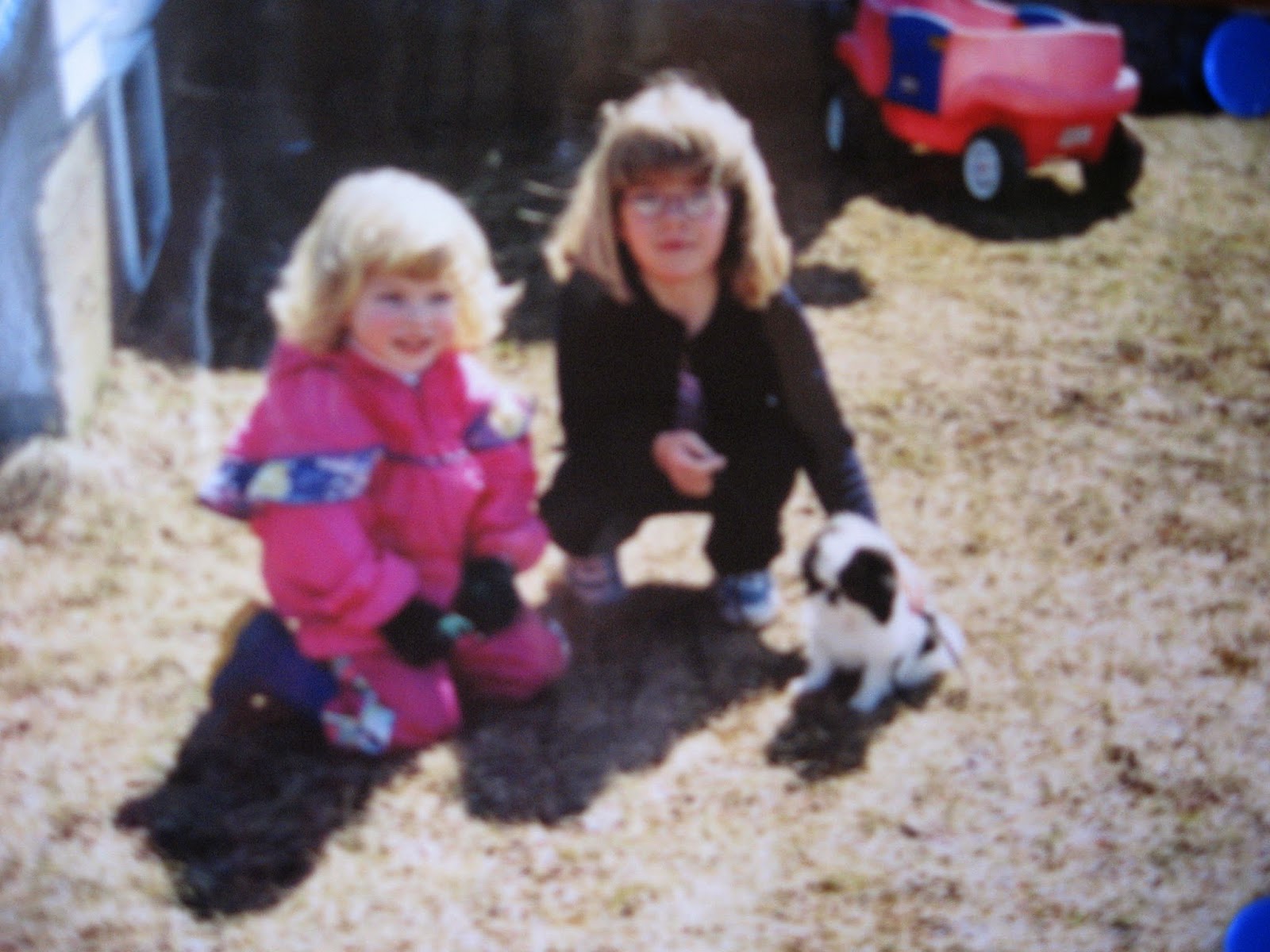 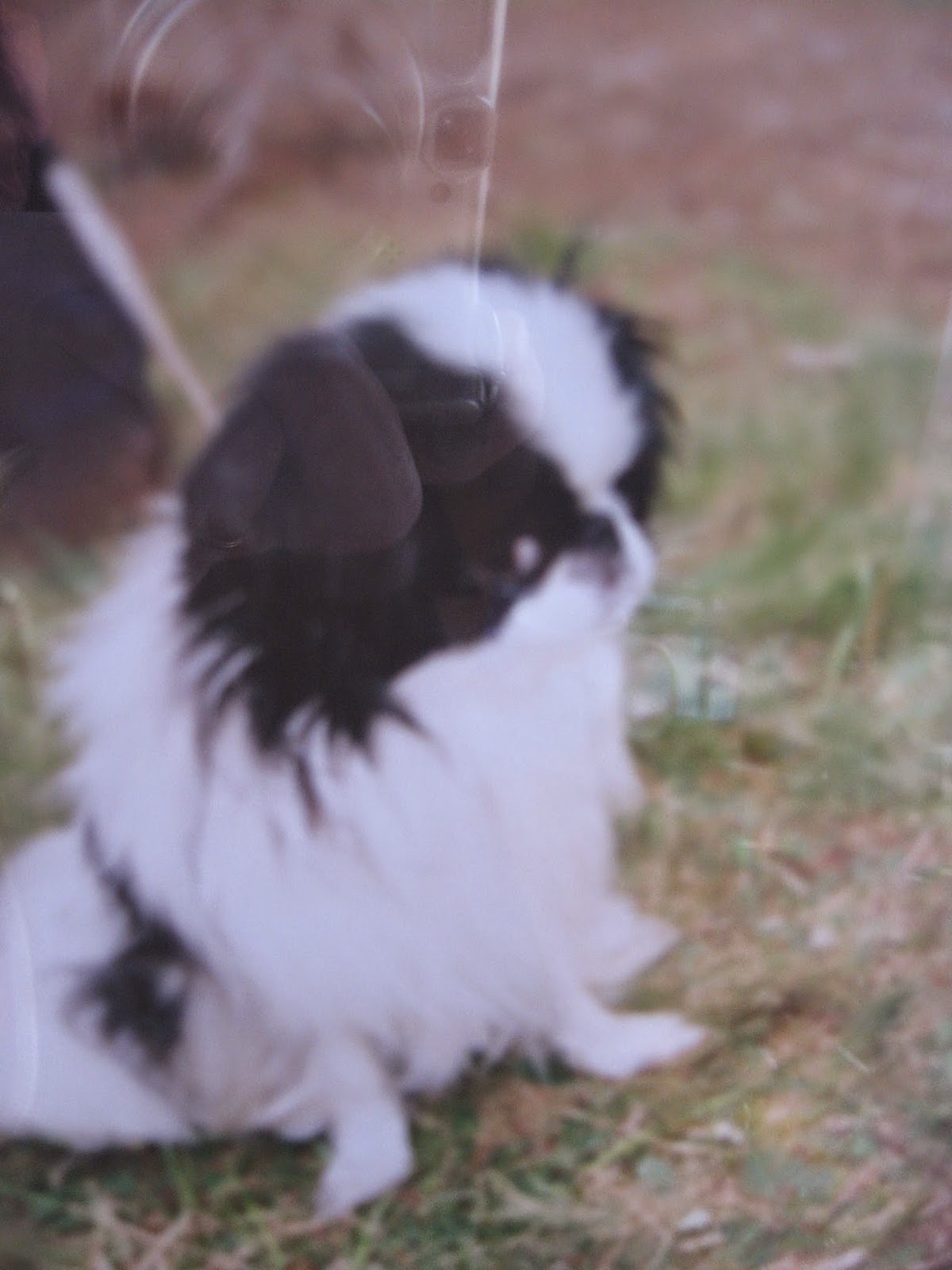 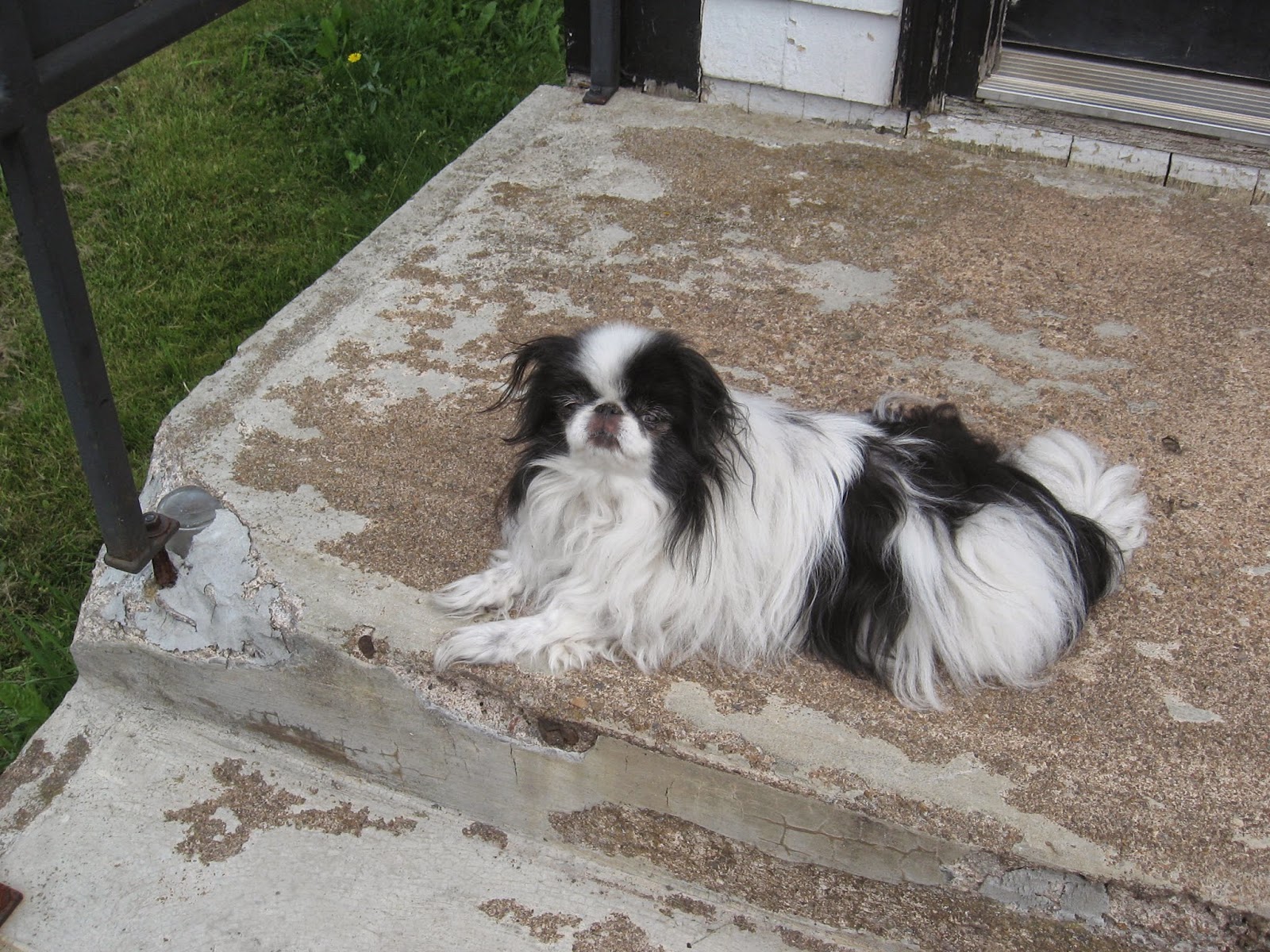 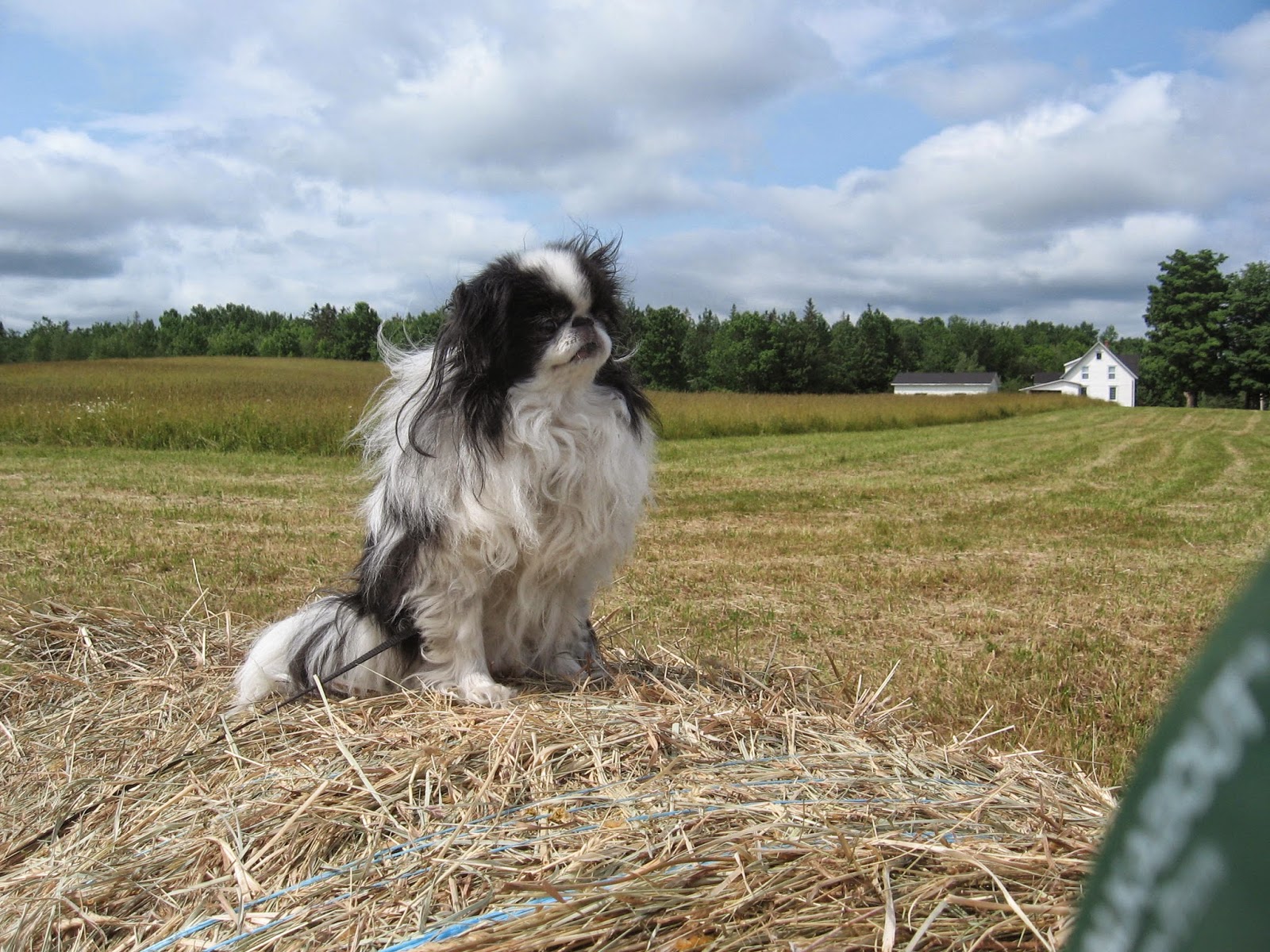 I just want to share a few pictures, so that you can enjoy with me this beautiful Spring day.
Can you see the seagulls flying around the lighthouse, and the pleasure boats in the water?
This photo is compliments of the Nova Scotia Webcam, and is of our famous Peggy's Cove Lighthouse. 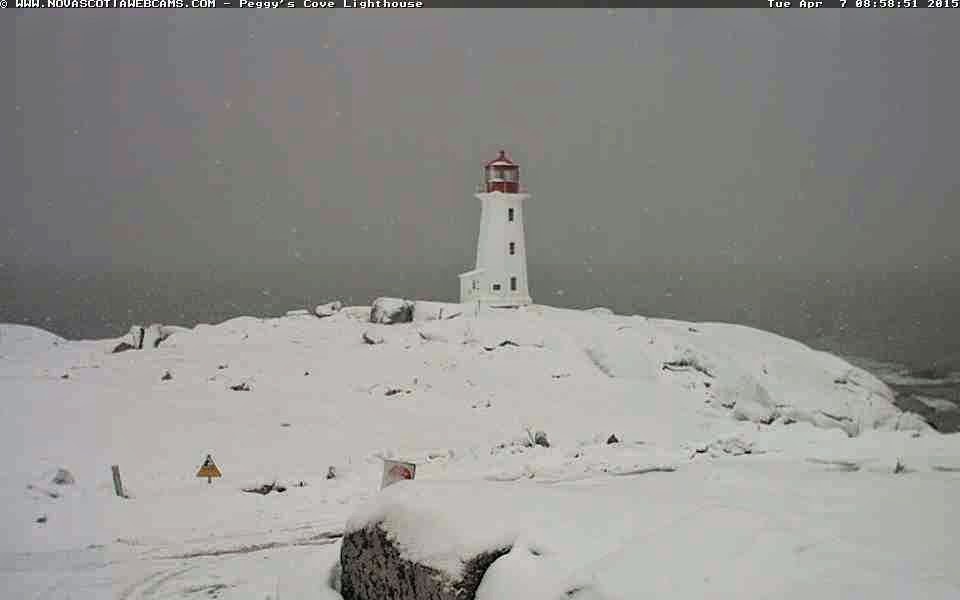 Below you will see the delightful scenery taken from my windows. 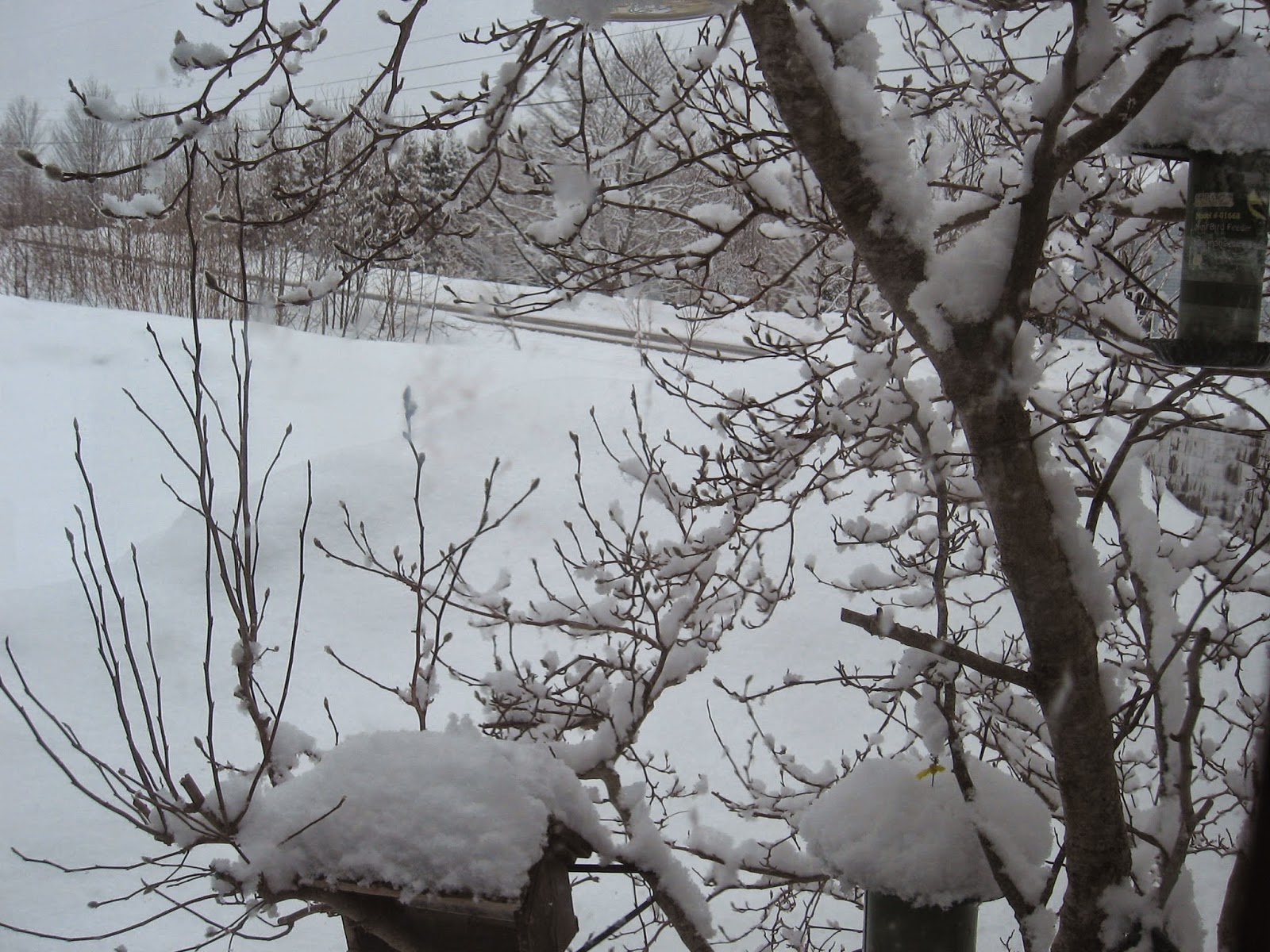 The buds are starting to burst forth on the magnolia 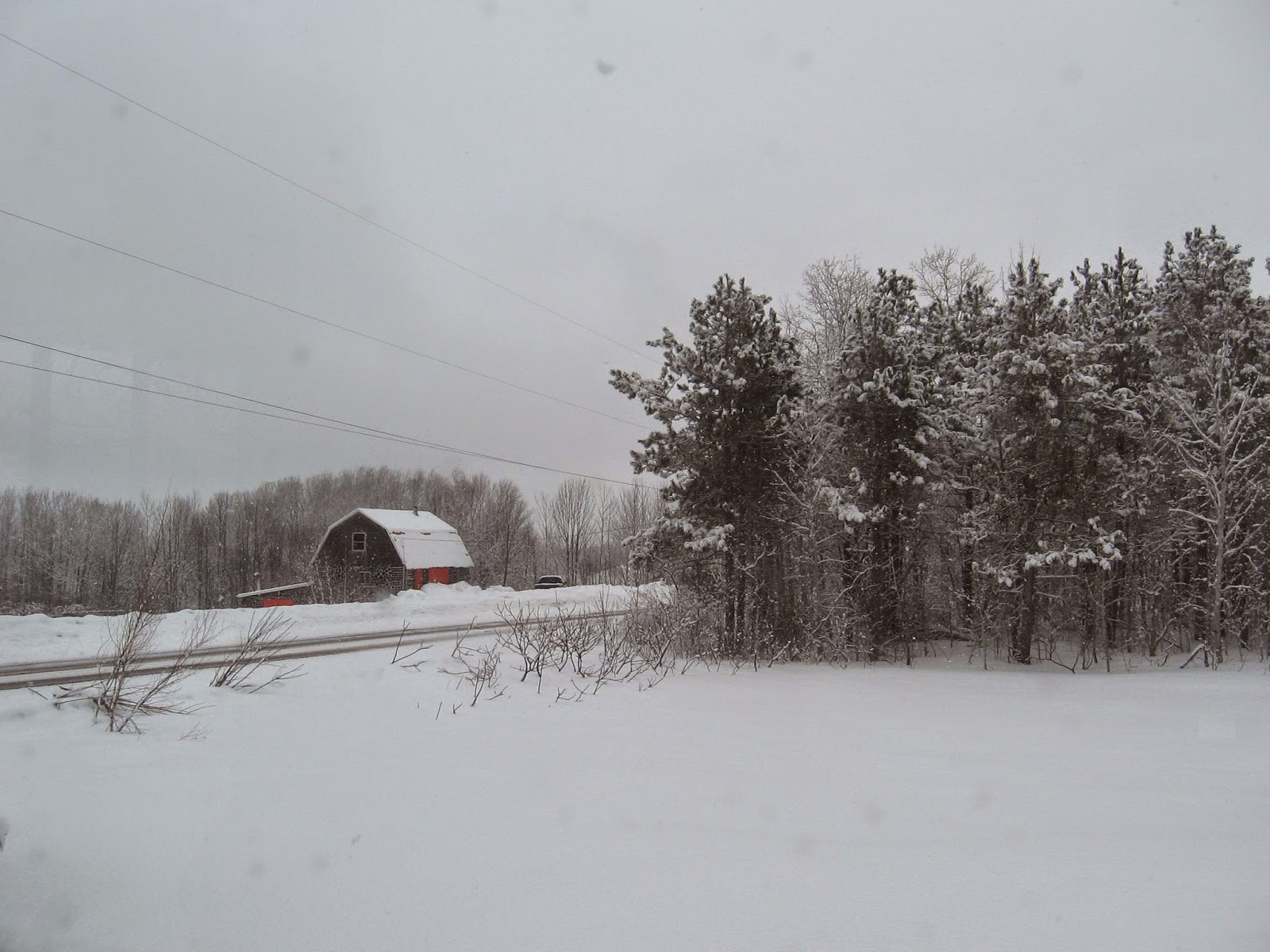 And here the road has been washed clean with a lovely white strip down the middle
for decoration. D has redone the barn roof in white,
and the deer, rabbits and pheasants are enjoying their feed of fresh, green grass.

Of course it is necessary to close your eyes, and imagine these sights,
which is what I am doing, because I will not believe what my open
eyes are seeing.

A beautiful Sunrise Service was held yesterday morning in the cold of the dawn. People gathered at the church for a time of worship, followed by breakfast and warming up. 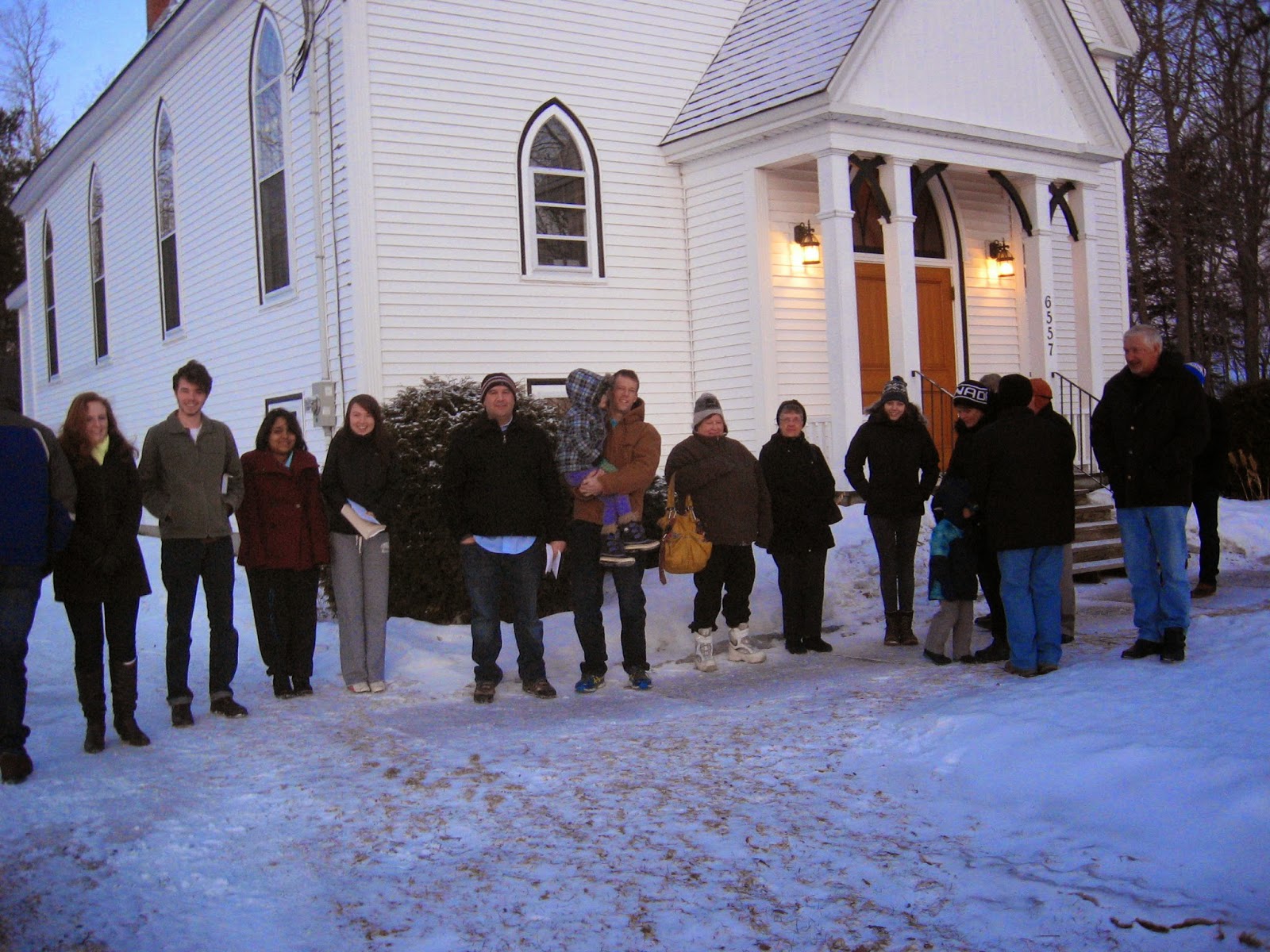 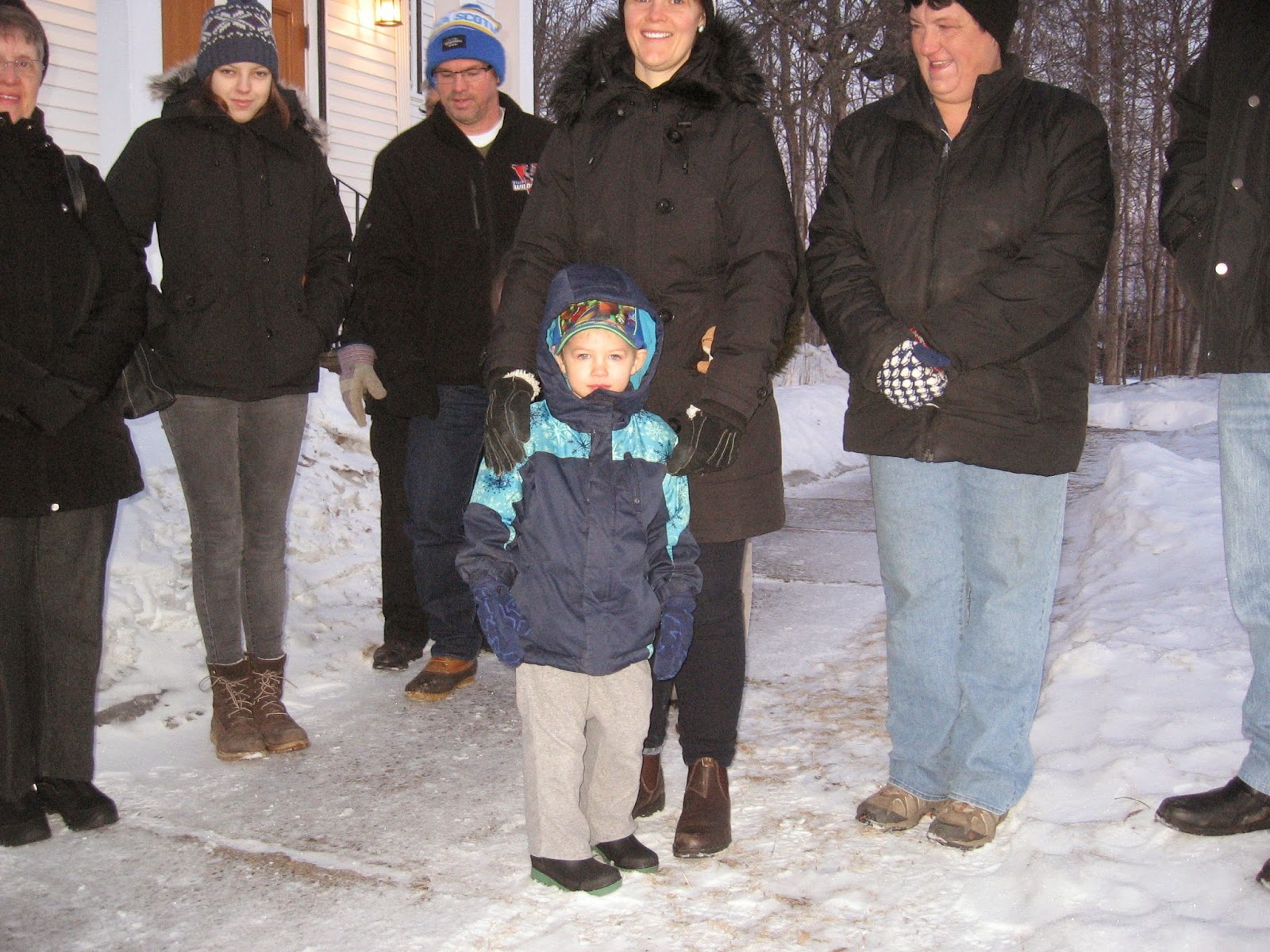 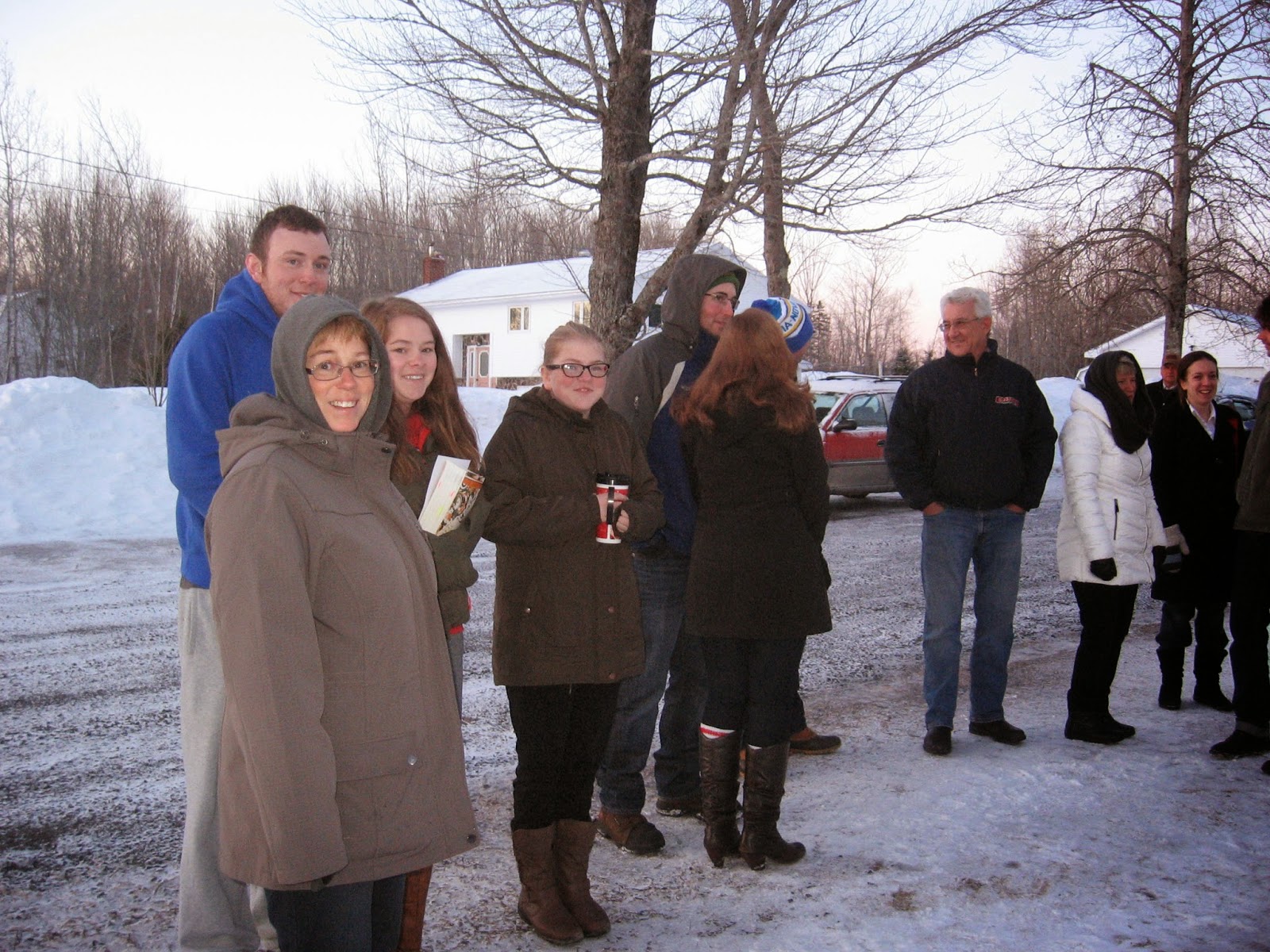 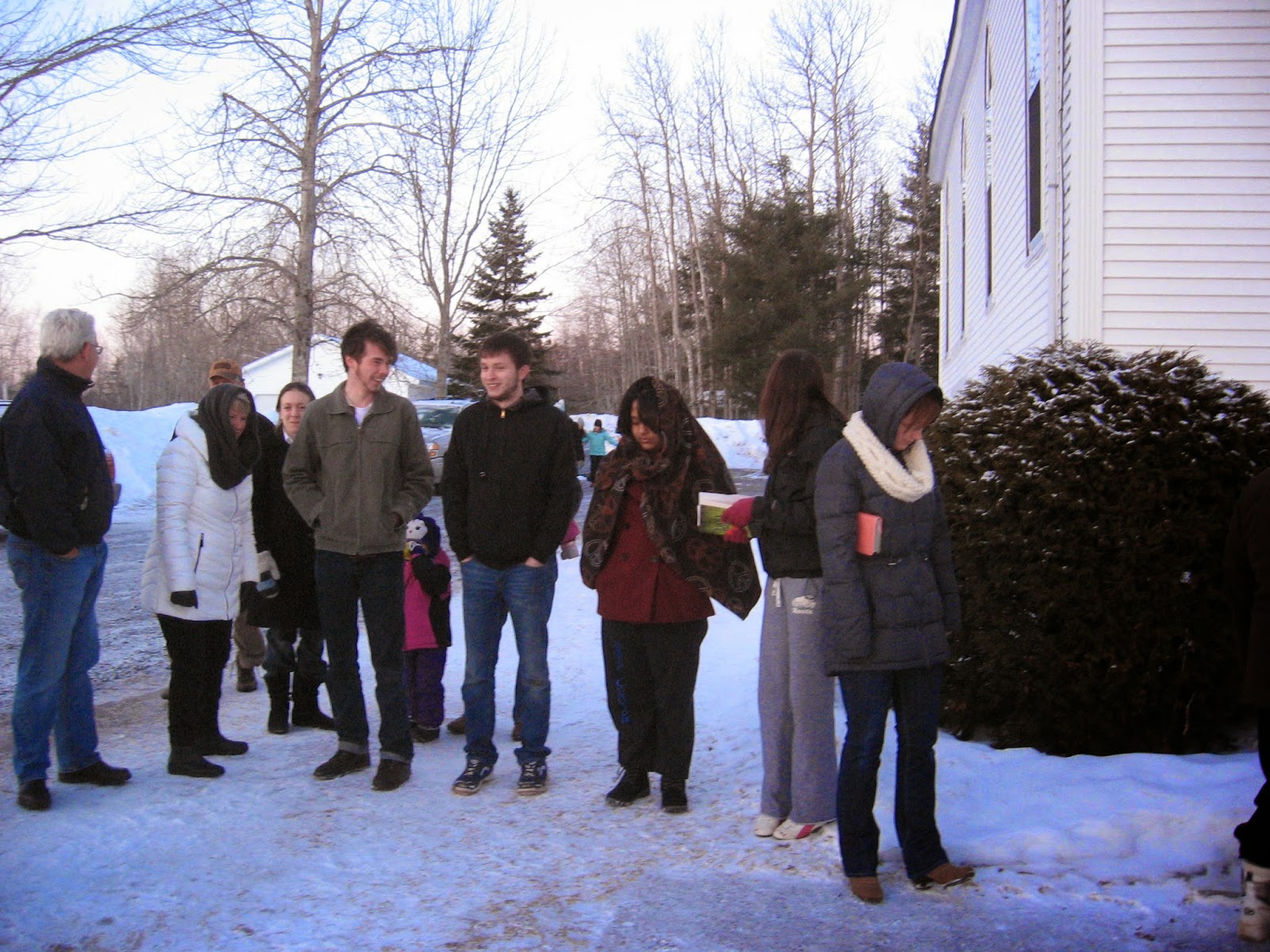 In the afternoon, the snow began to fall, and for a while it was quite heavy, then later in the day the sun came out and brightened what was left of the day. 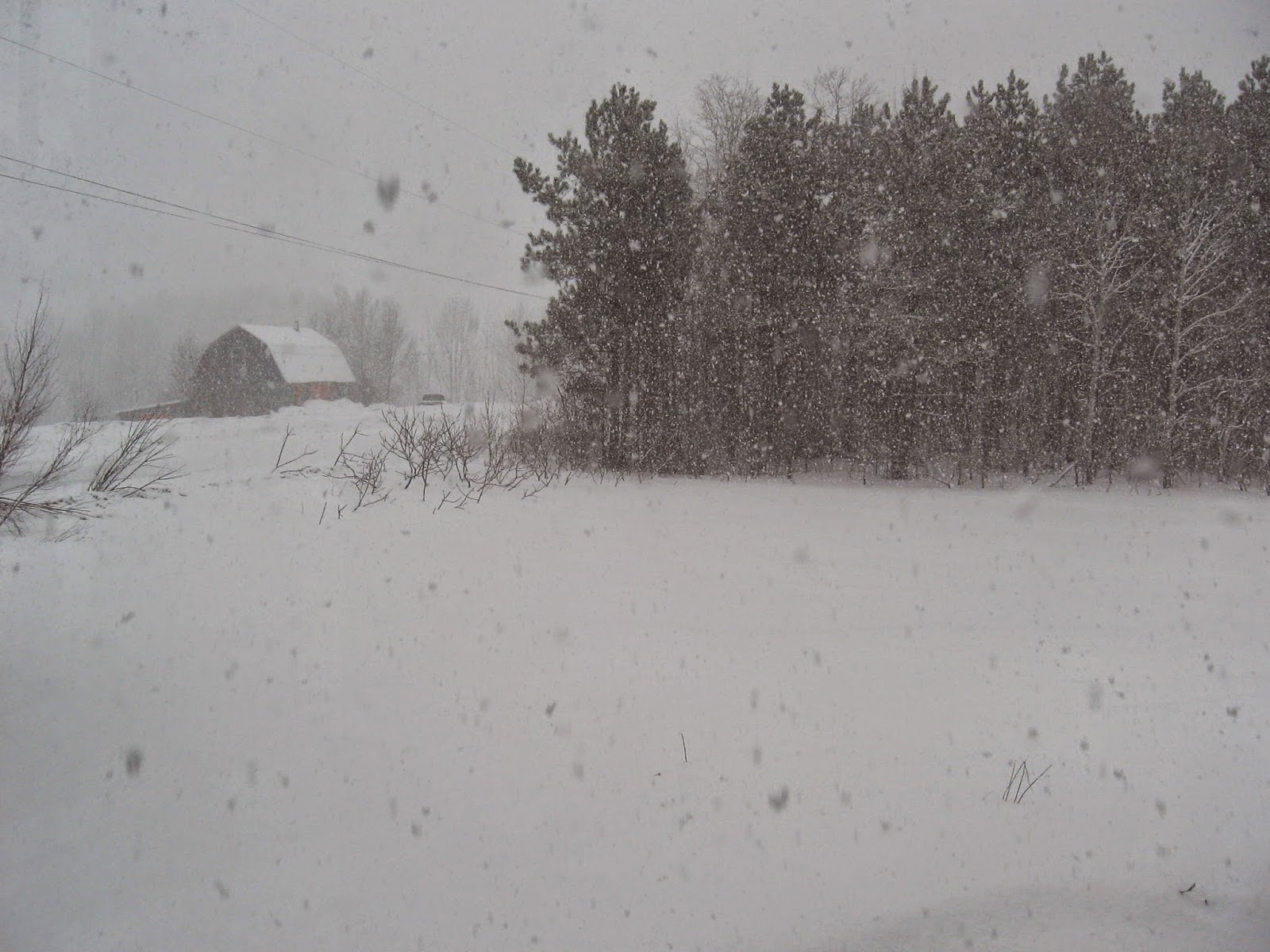 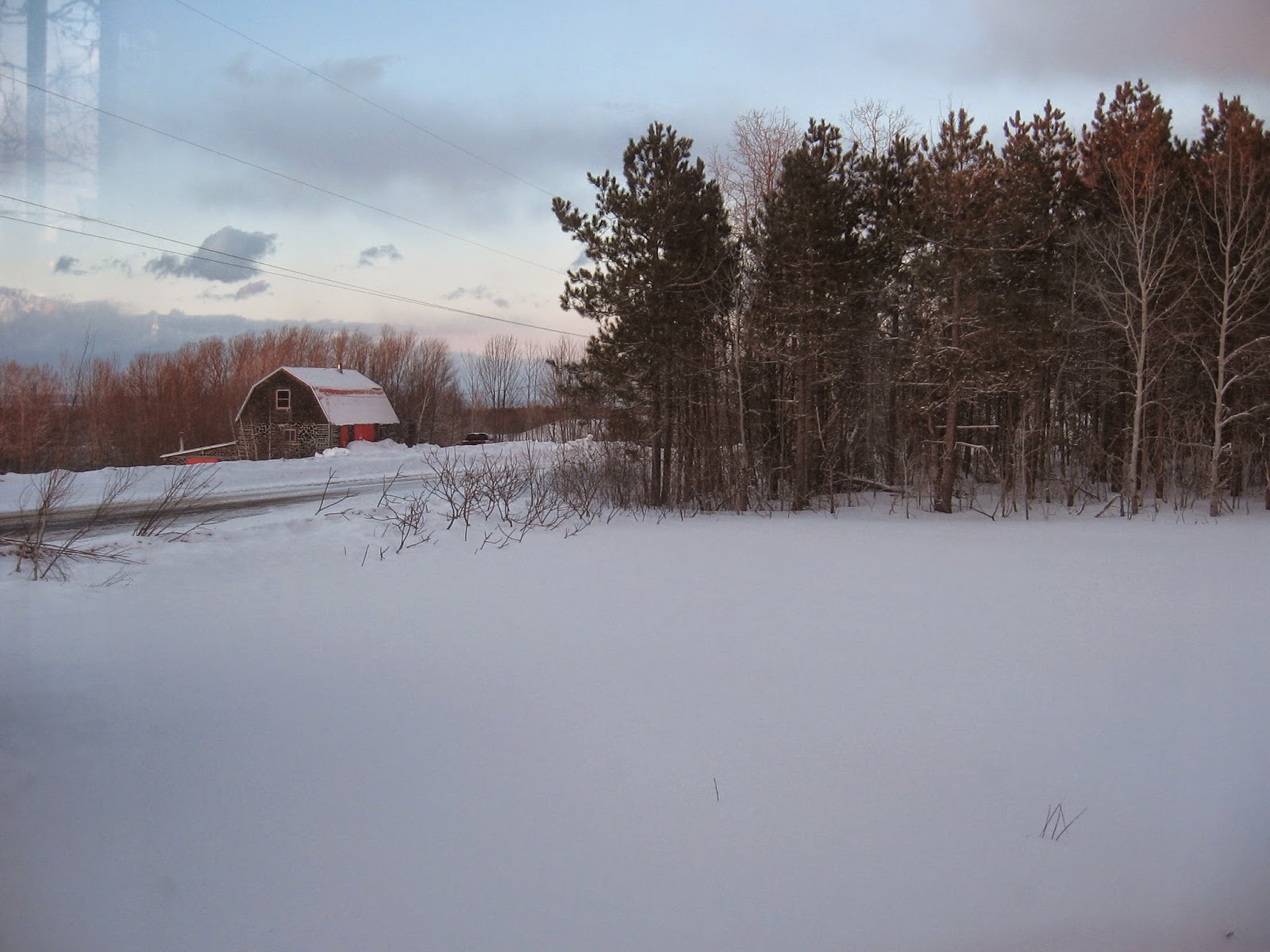 At least the new snow fall covered the dirty snow that lined the roads.
I really have to search for a good thing to say about snow.

I enjoyed a few little chocolate eggs to help drown my snow sorrows.

What a silly title, but perhaps not. We have to have April first, then May. Ah, May! I hope that by the time you dance into being, you won't be wearing snow boots and parka. I just read through a gardening blog, and enjoyed the colour of flowers, and the hope of spring.

The sun is shining this morning and there is a faint blue sky. The tons of snow along the roadsides has become a grey and black mess. It is, however melting, but it looks so unsightly.

My youngest daughter told me that I had been very 'quiet' lately, and I guess I have. March was a difficult month to get through, and I realized that I hadn't painted, written very much, or felted. I do admit that I had several afternoon naps.........does that mean I wasted a lot of hours?

If I feel down, I only need to go to her blog, https://ironwoodfarm.wordpress.com/ and look at the little lambs, new spring life. Beautiful babies.

I started this early this morning, and now it is evening, so I shall bring this to a quick close for now.

Here are a few pictures of my dear little Sadie. She has had a difficult few weeks, but she is stronger than I ever realized. She's my girl! 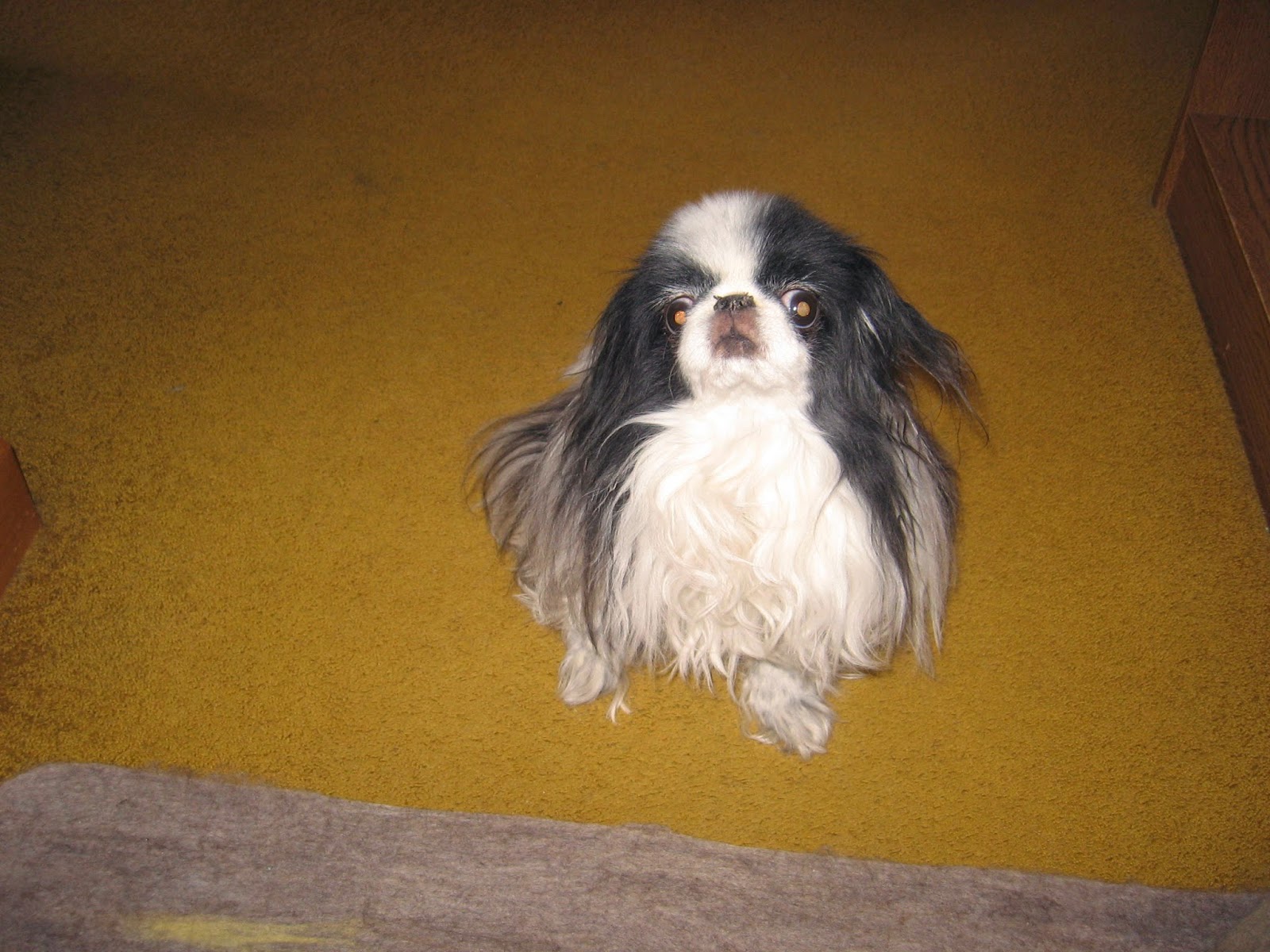 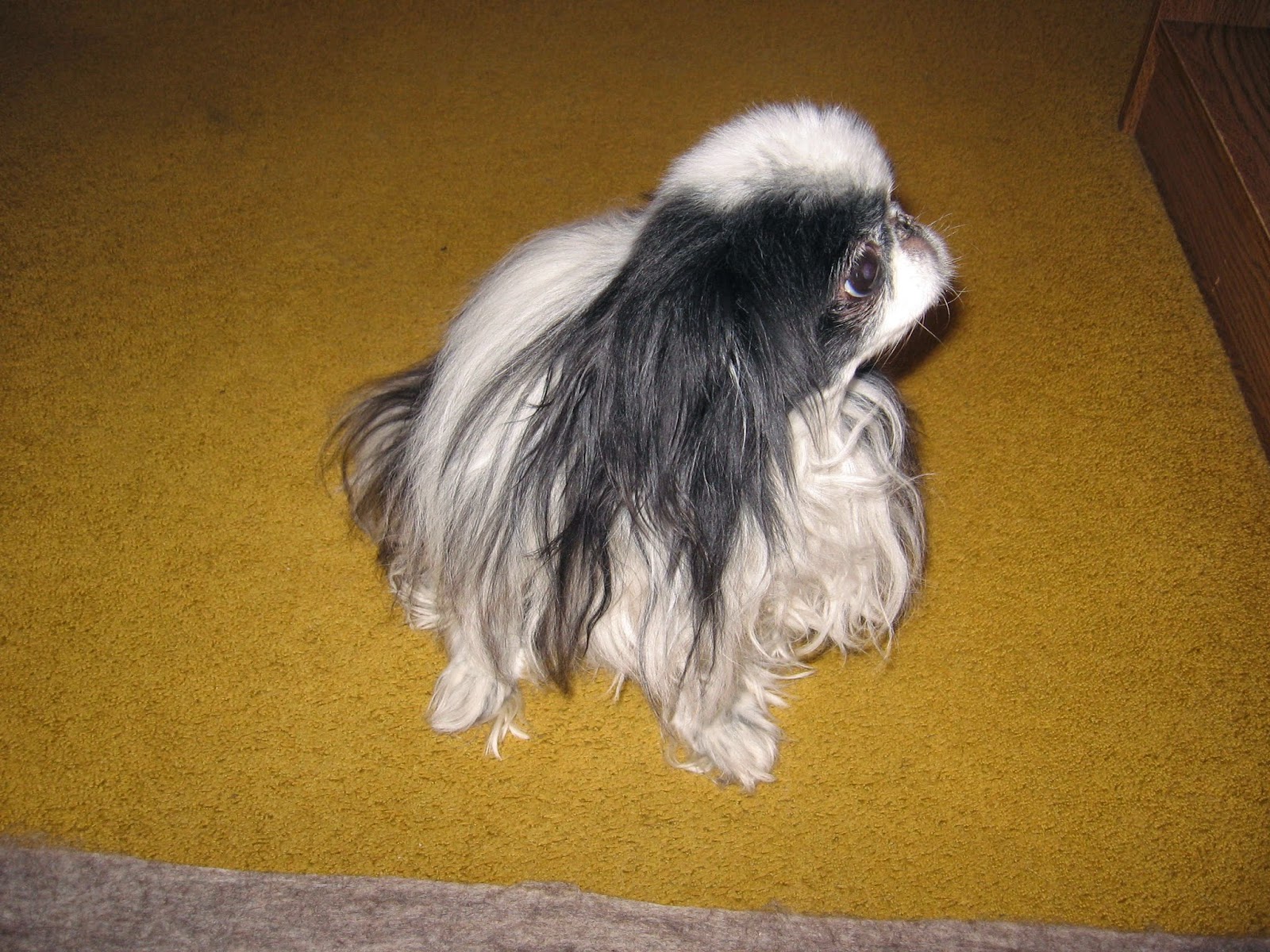 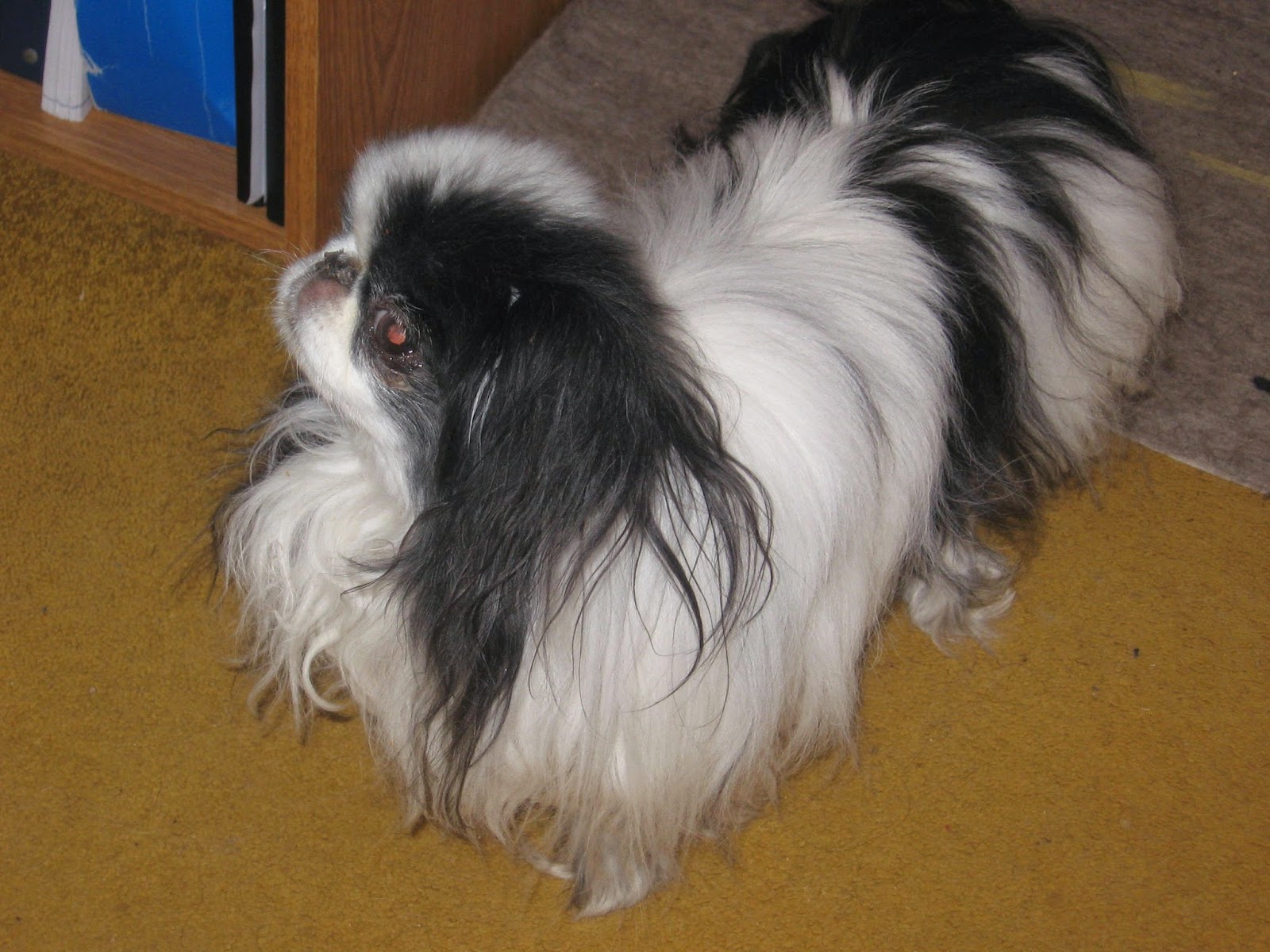 She isn't quite as bright eyed as she once was, but if I had had 5 seizures in a row,
and what seemed to me like a stoke, I might not be bright eyed either. That was three weeks ago and she has gotten stronger, which is amazing, and we are still just taking
one day at a time.

Cheers for now, and here's to Spring!