Though summer doesn't end until September 22nd,  it always feels that summer is over when ads start promoting back to school sales. The weeks have passed, and I really have had no inclination to write.  I have no idea why, but perhaps it's because my thoughts have been running in all directions.

This summer has been strange with regards to our weather. A big freeze hit the orchards and vegetable fields, along with  blueberries and grapes in early summer, and recently the days have been extremely hot with high humidity, though it is not as bad as a few weeks ago. The air conditioner has been working overtime most days.  We have also had rain that fell so fast it flooded the streets in a town close to us.

Summer was for the most part uneventful. Days ran into weeks and before I knew it, September loomed large. Today, #1 Granddaughter began her last year of University, and #2 Granddaughter began her last year of High School. Amazing. Both had spent their summer working hard, one as a camp assistant cook, and the other a day camp leader. I am a little sad that they are growing older, but am also very proud of who they are becoming.

There were no trips to the camp this summer. The Captain is finding it harder and harder to walk, and would not have been able to stay overnight. A friend of his is planning to take him to the camp for a day. I could have taken him, but was concerned that if something happened to him and I was alone, it probably wouldn't have been good.

I was fortunate enough to get out to Ironwood Farm a couple of times. I guess that is the only thing I did this summer. I can only go for a few hours, having to be home for supper or at least bring supper home as take out.

I have spent a lot of hours needle felting, and acquired quite a few of the little 'critters' as I call them. Some of them have gone to a nursery school, and some I gave away. I even sold two bears. I was amazed at the price of felted creatures crafters were asking on line, on Etsy. That's not for me though. Totally out of my league.....I needle felt because it lets me go away to a world of fleece, poked fingers, and creative thoughts. It's good for my mental health, I think. 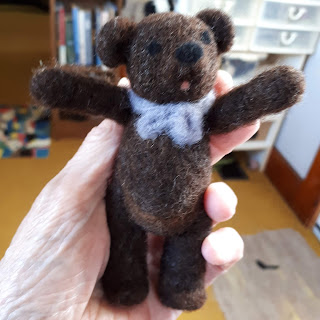 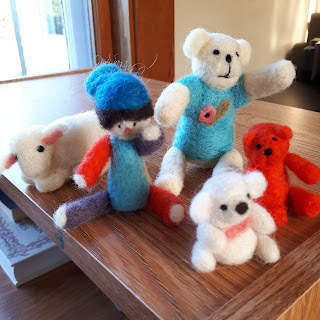 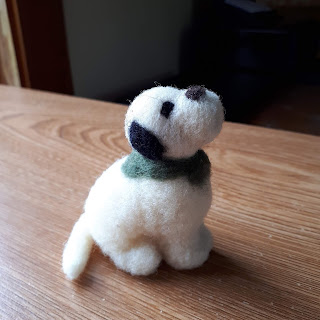 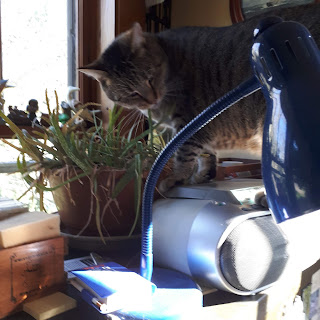 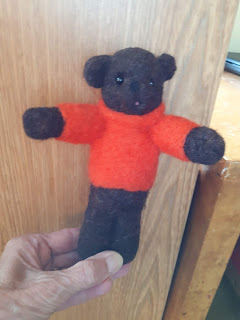 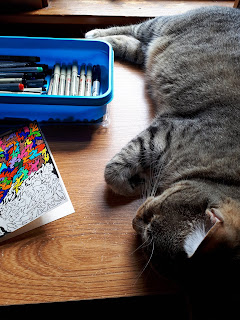 I am finally going to post this, because I have been working on this for days, a little bit at a time. I am having a little difficulty getting used to the new med and the side effects are bothering me a bit. I hope they gradually go away.

Cheers everyone. Be back soon (perhaps).