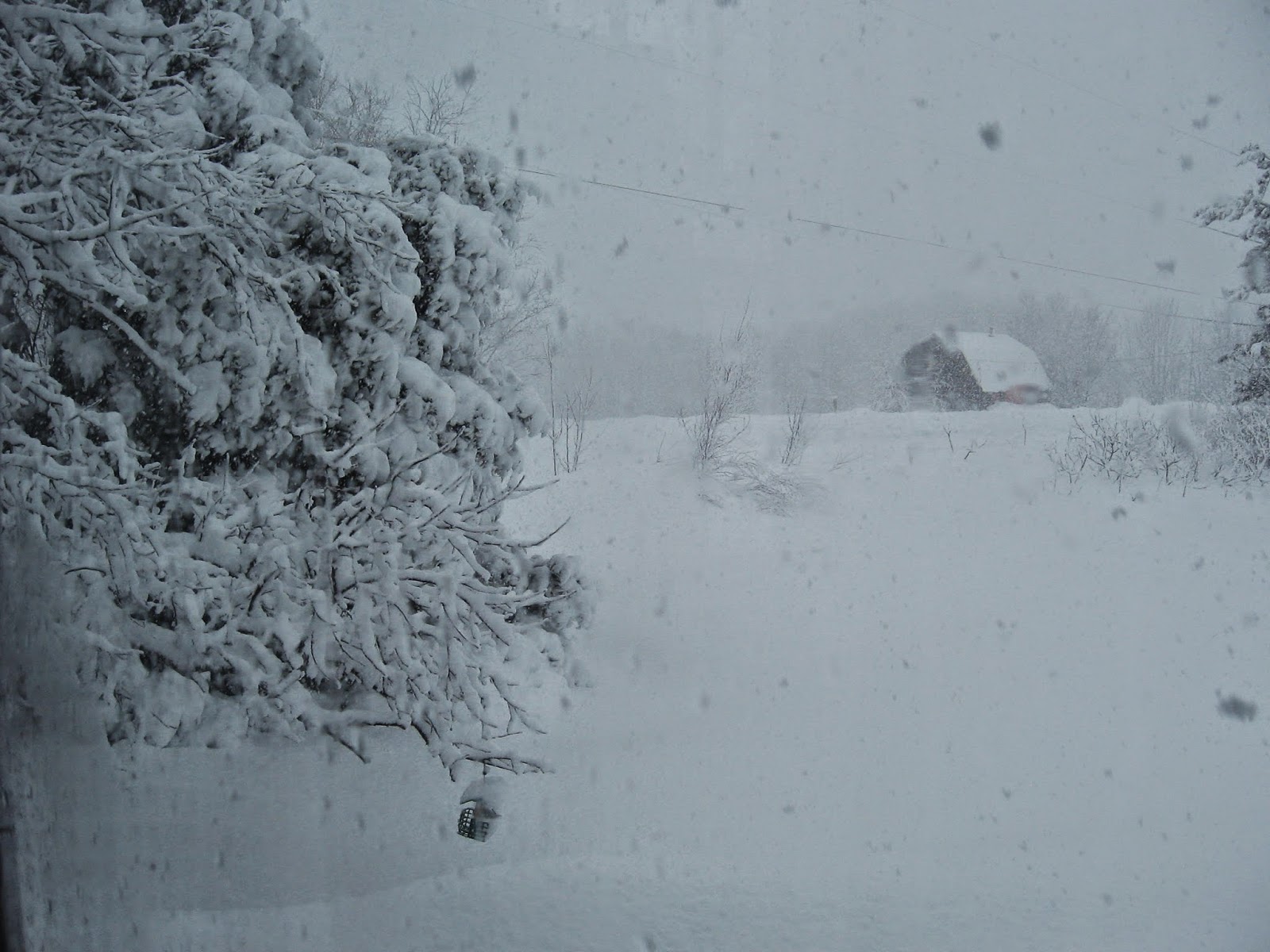 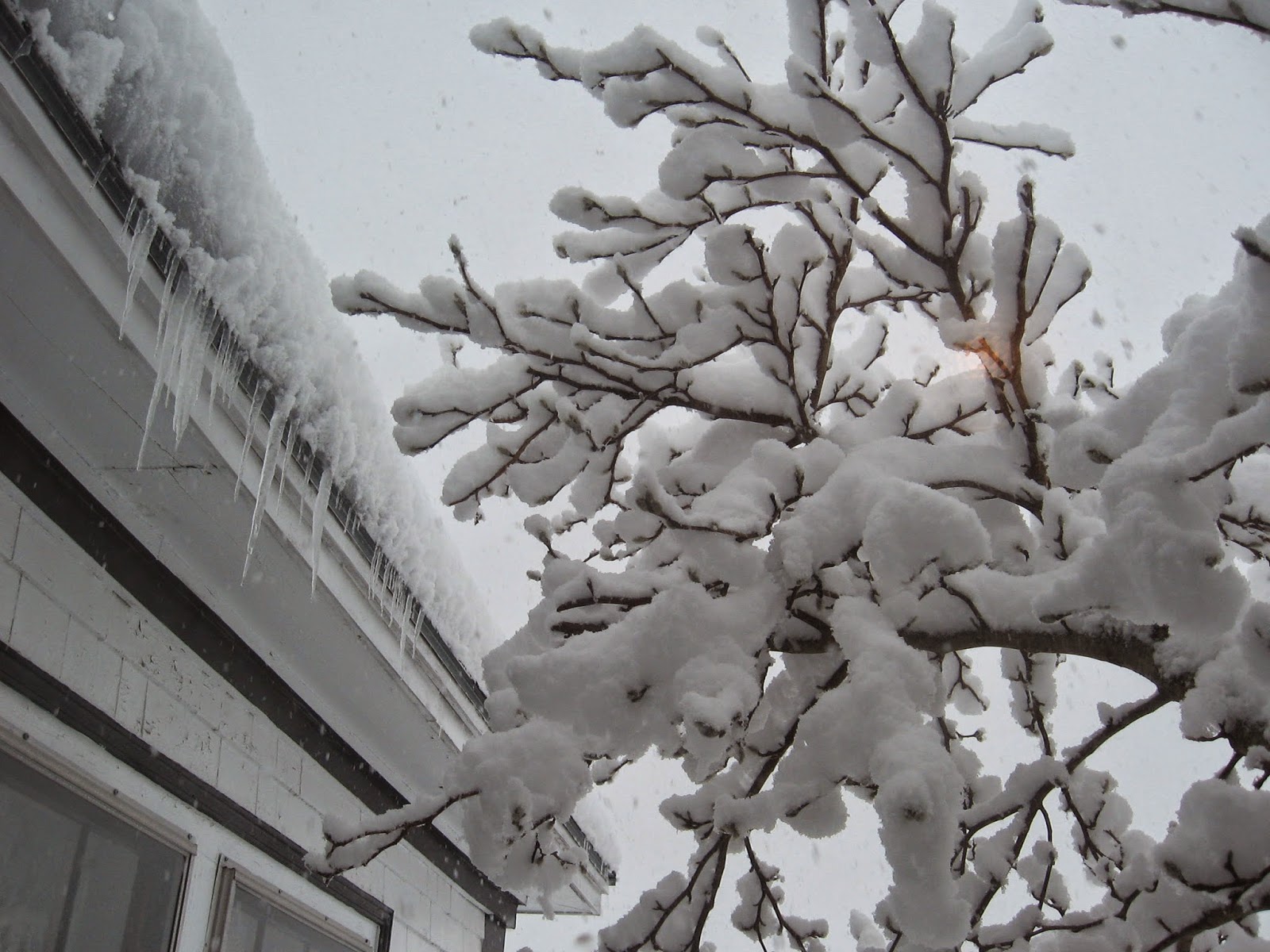 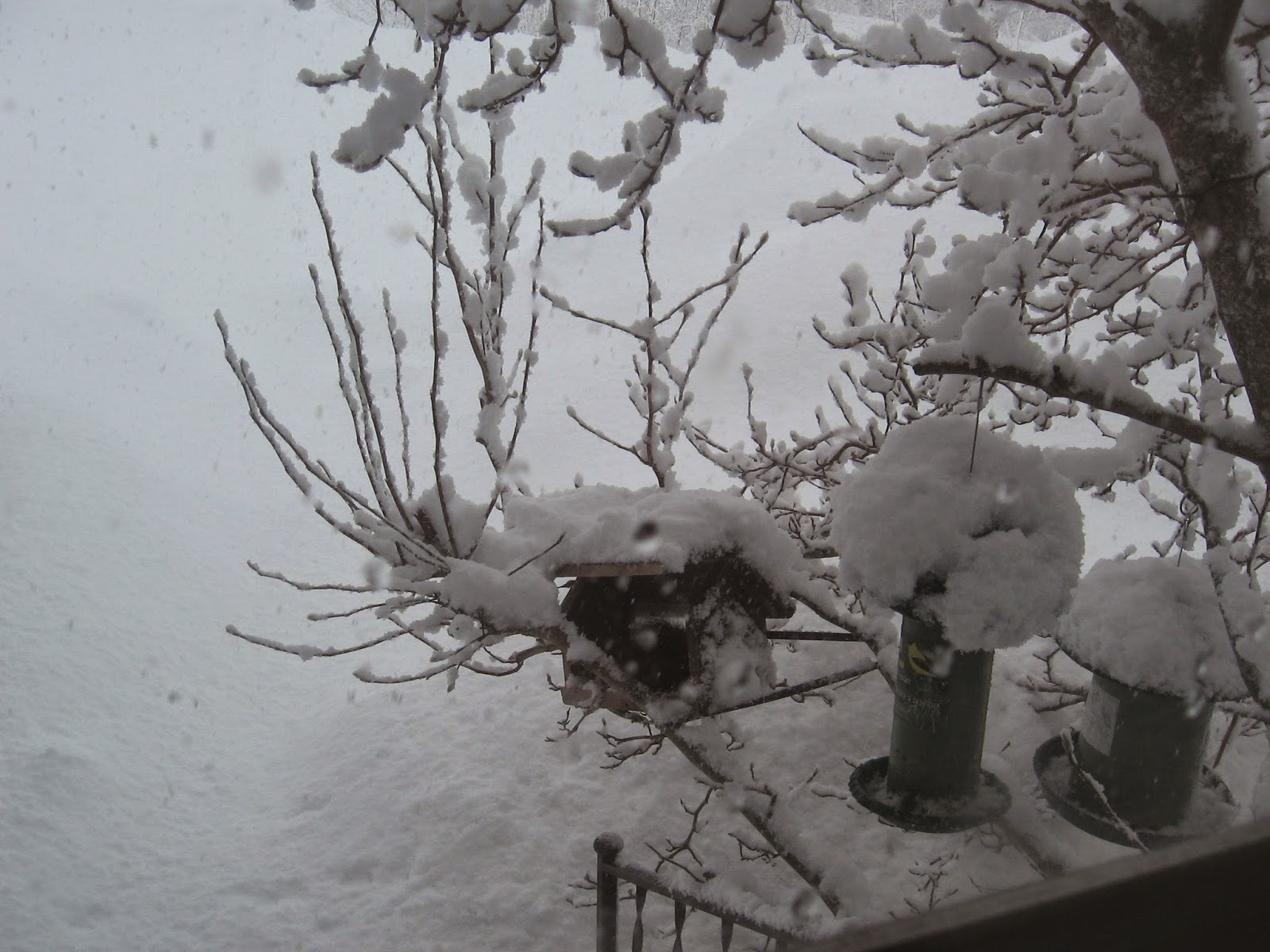 Birds and squirrels hunt for seeds 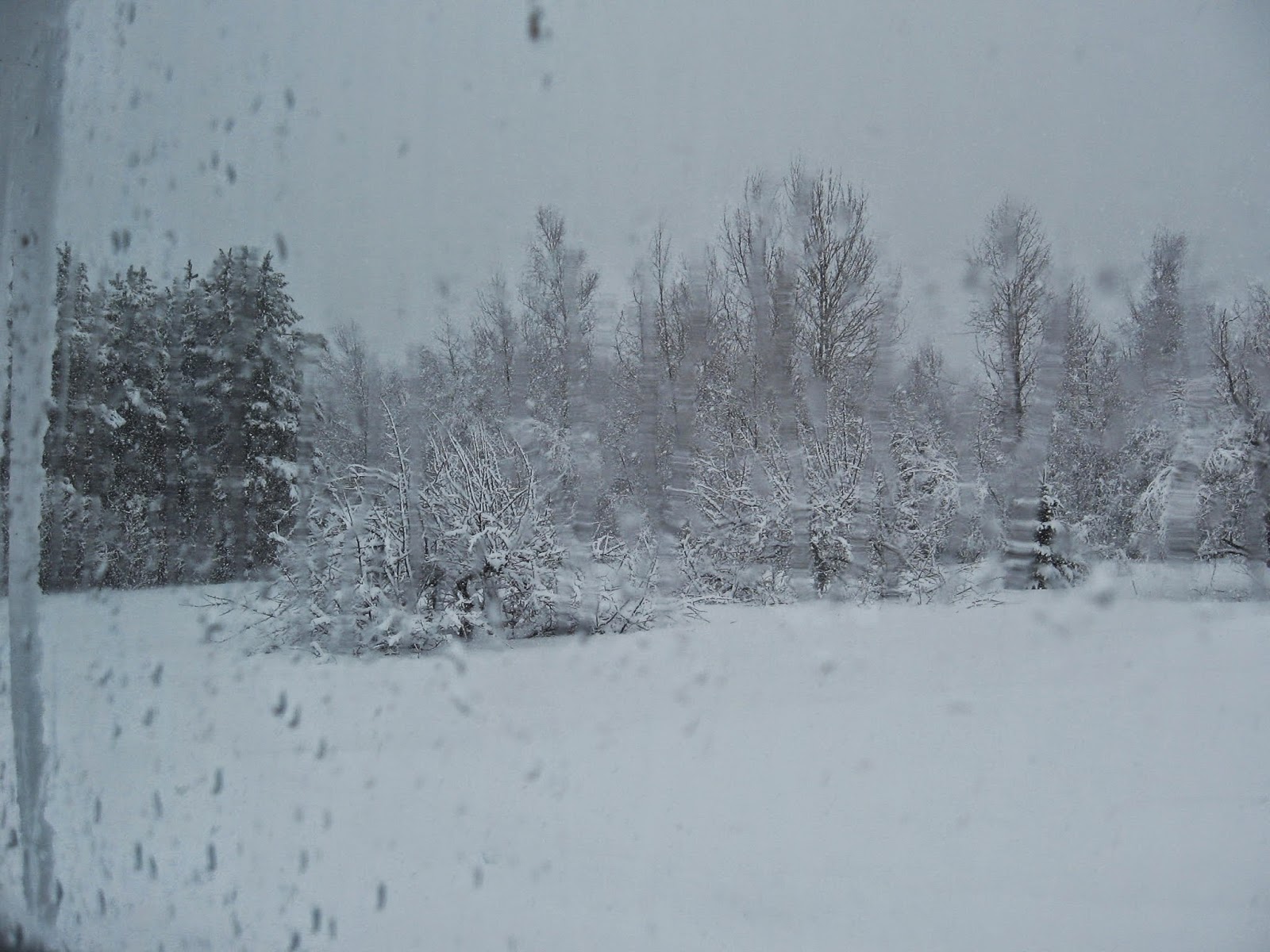 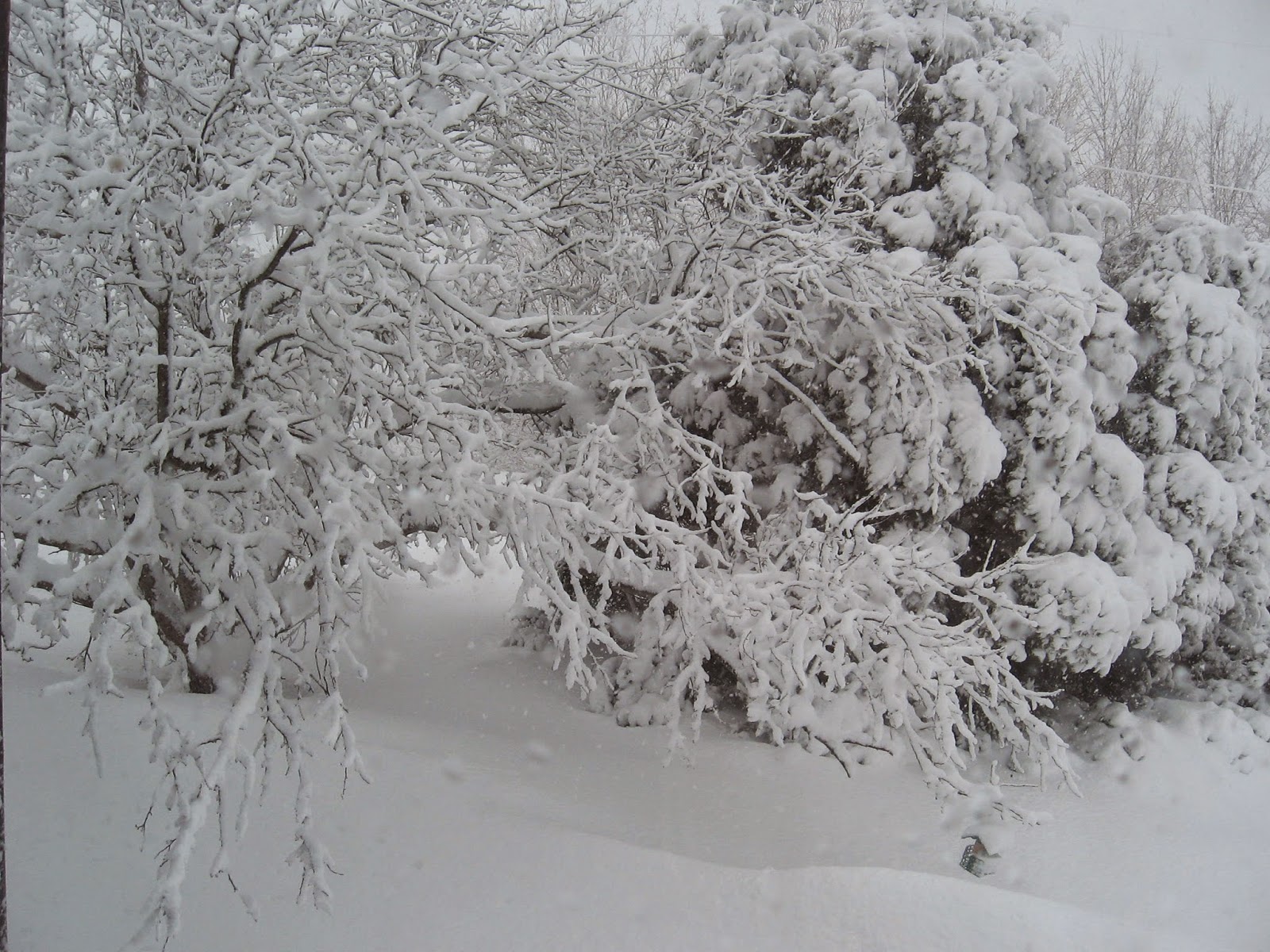 House bound once again.....
This winter's been 'too much'...
O Spring, I ache for you
Come quickly
I miss you so!

Well, things go from bad to worse. You know the post I thought I lost, well, I published it on the Barney and Belinda blog. I do not know what I am going to do with myself. If there hadn't been a comment about the snow, it would have taken me a while to discover what I had done. Oh, Bonnie, what is next?

School has been cancelled here for the third day. Some of the back roads haven't been plowed I guess, and others have huge drifts blocking parts of the roads.

The Captain plowed the driveway yesterday, and I did a bit of shovelling. Feeling it a bit today in my arms and back, but not as bad as I thought it might be. 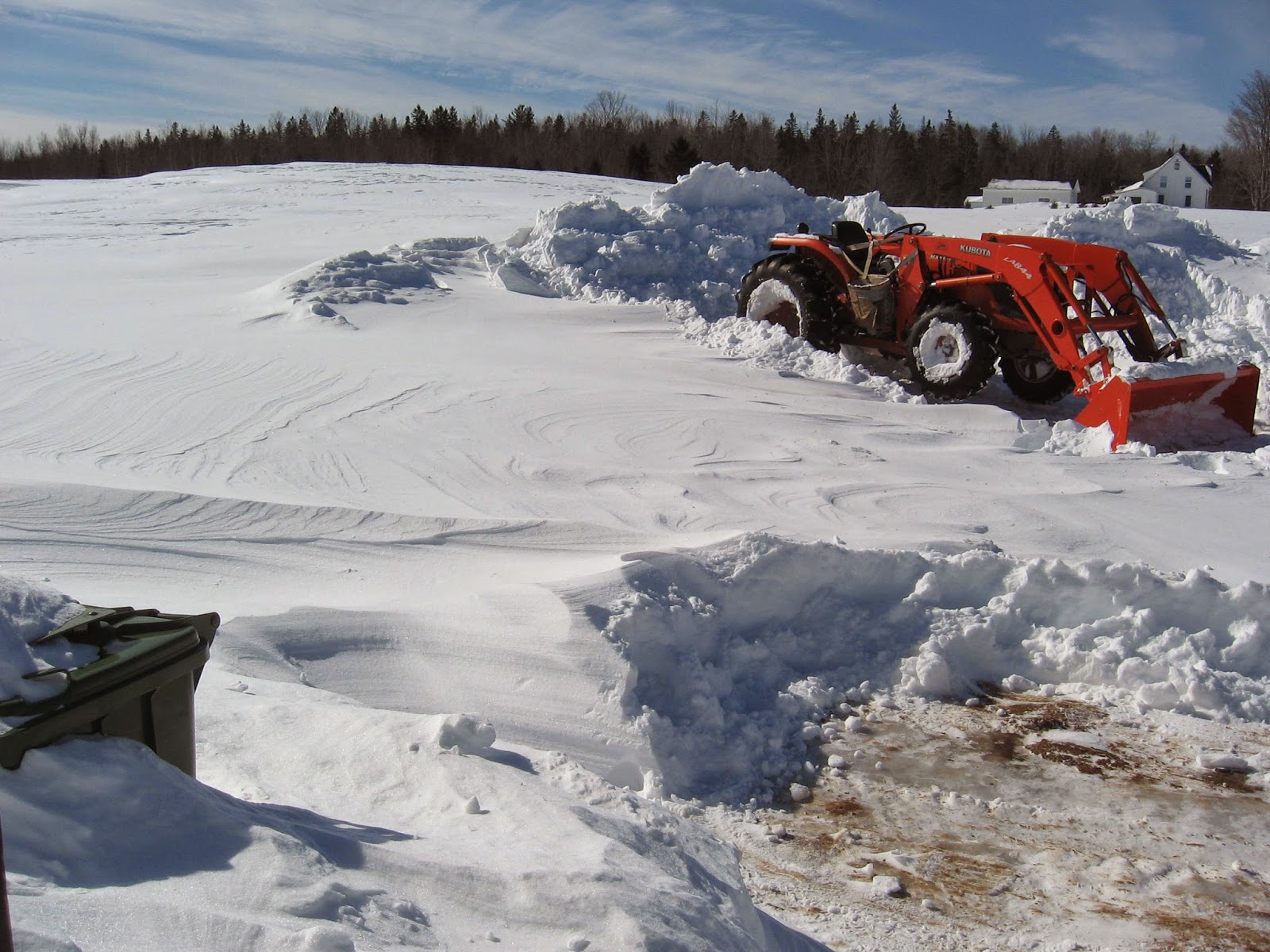 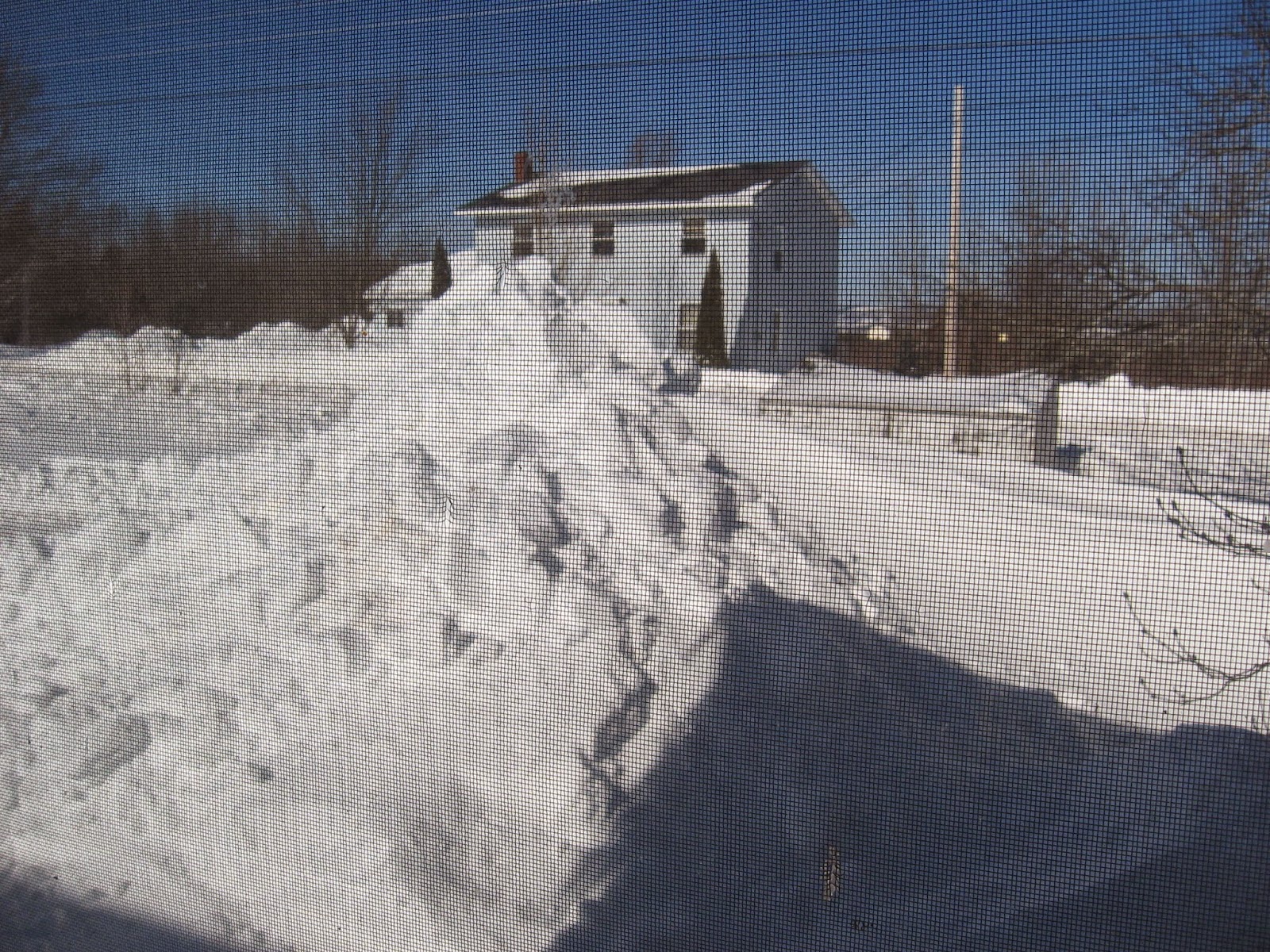 There is a road there somewhere beyond the little building 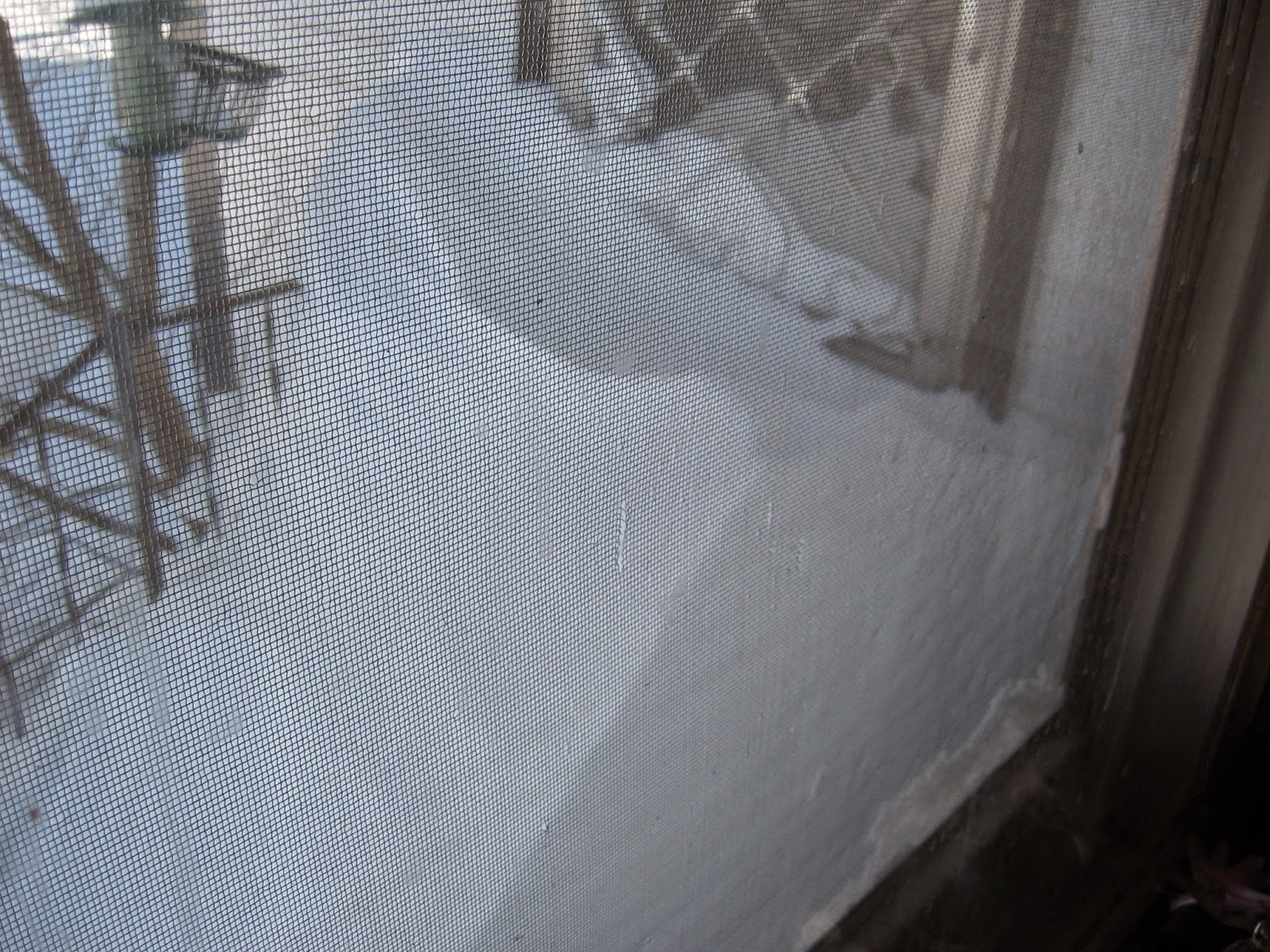 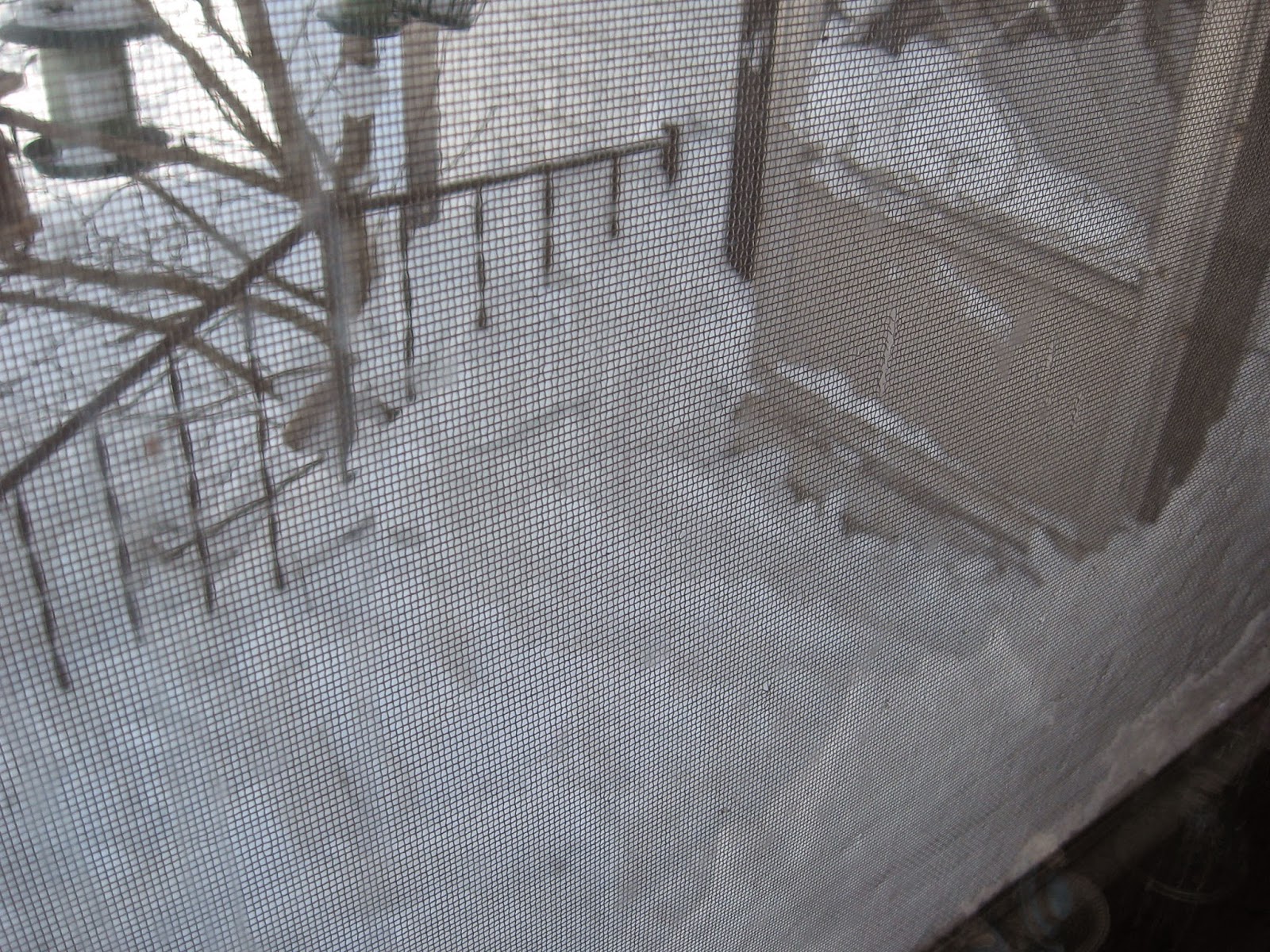 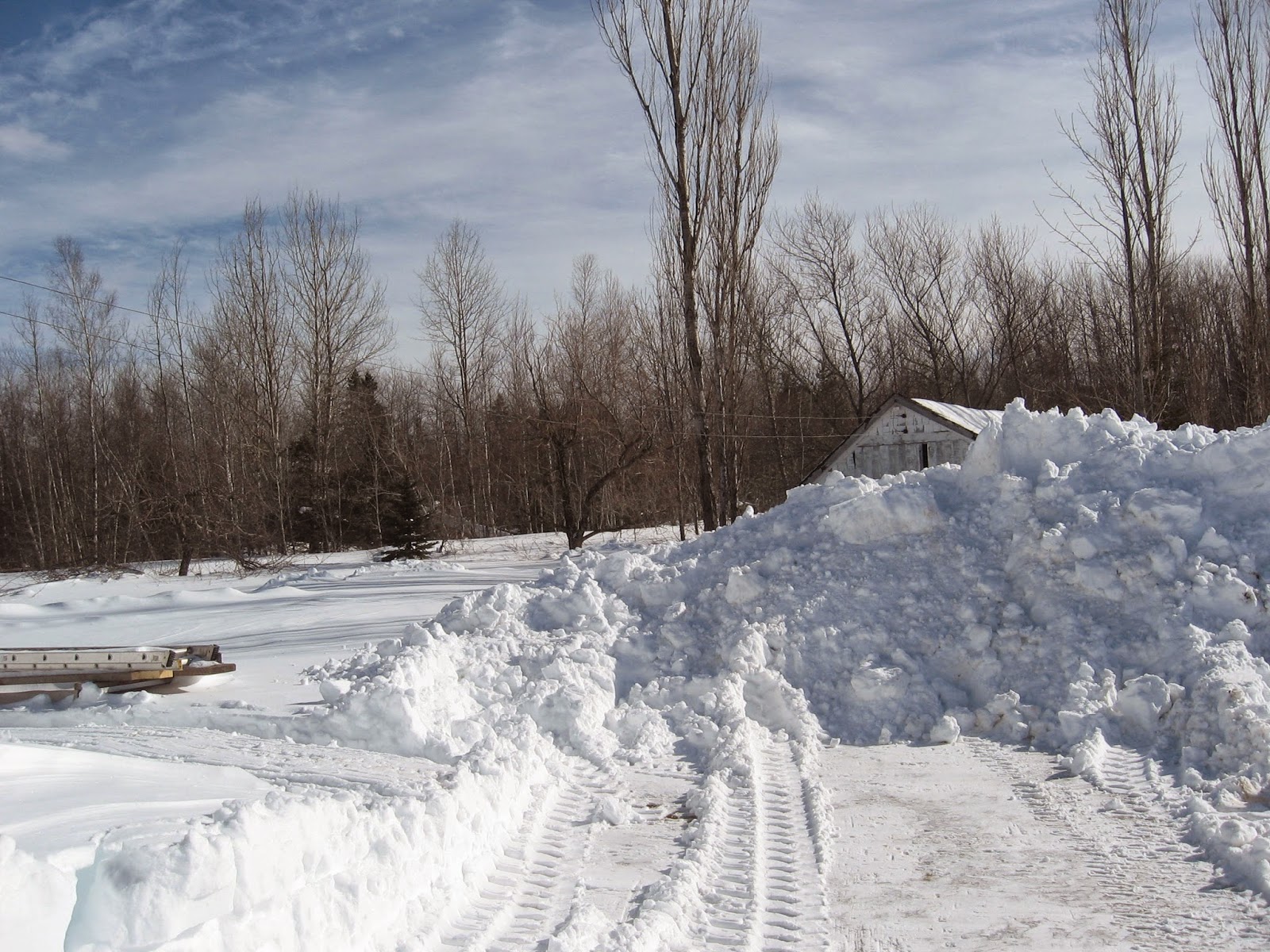 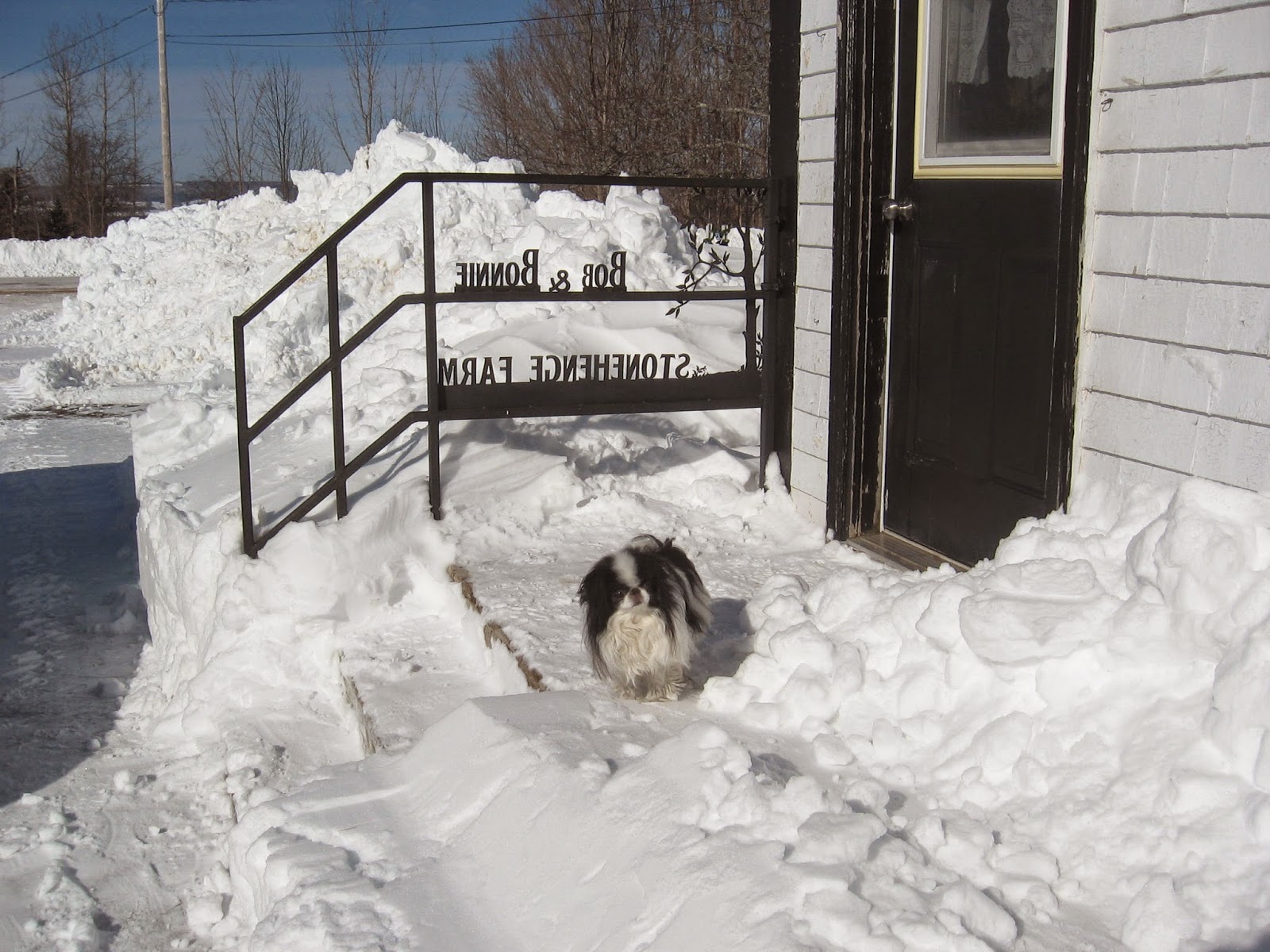 Sadie inspecting the snow drift on her porch
and waiting for me to clear the rest of it.

And, just to make sure that the day didn't go by without doing something
silly, I decided to shovel a bit, while I cooked potatoes........
not a good idea......especially when I turned on the wrong burner. 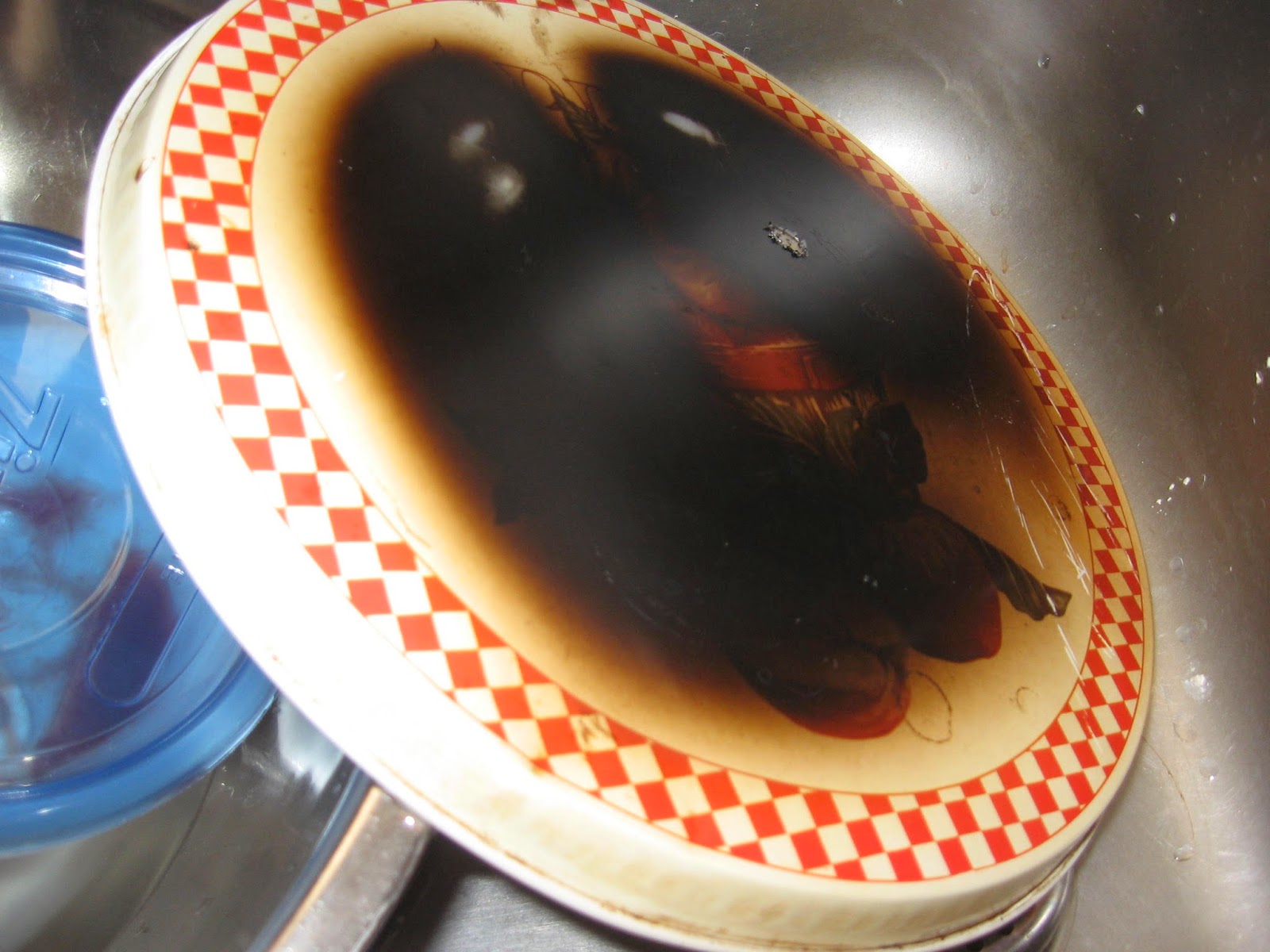 It's a good thing that I couldn't shovel for a long time.
I shared this picture on fb and found that others have done
the same thing. I don't think I'll admit that I have done this
before.

Sometimes I think my life is a comedy of errors.

That's all for now.

I really can't believe that I just spent a half hour writing up a post with pictures, about the snow storm that began over night Saturday and has left us in a closed down scenario for three days......and then....
didn't save it!!!!!!!!!!!!

I'll just say that the snow has won, and I have 'snow brain' and

I will just show you the pictures of what it was like here Sunday and yesterday. 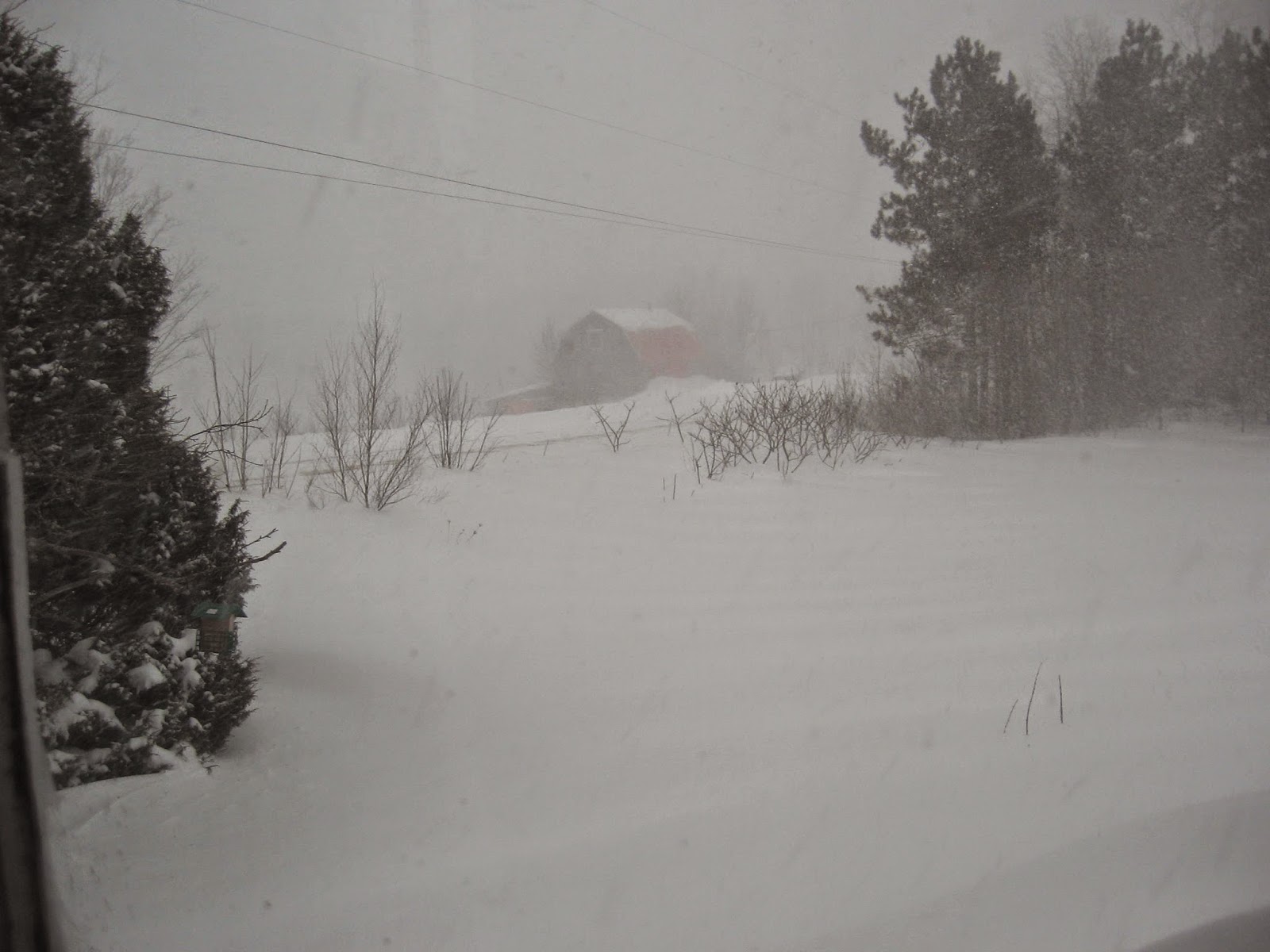 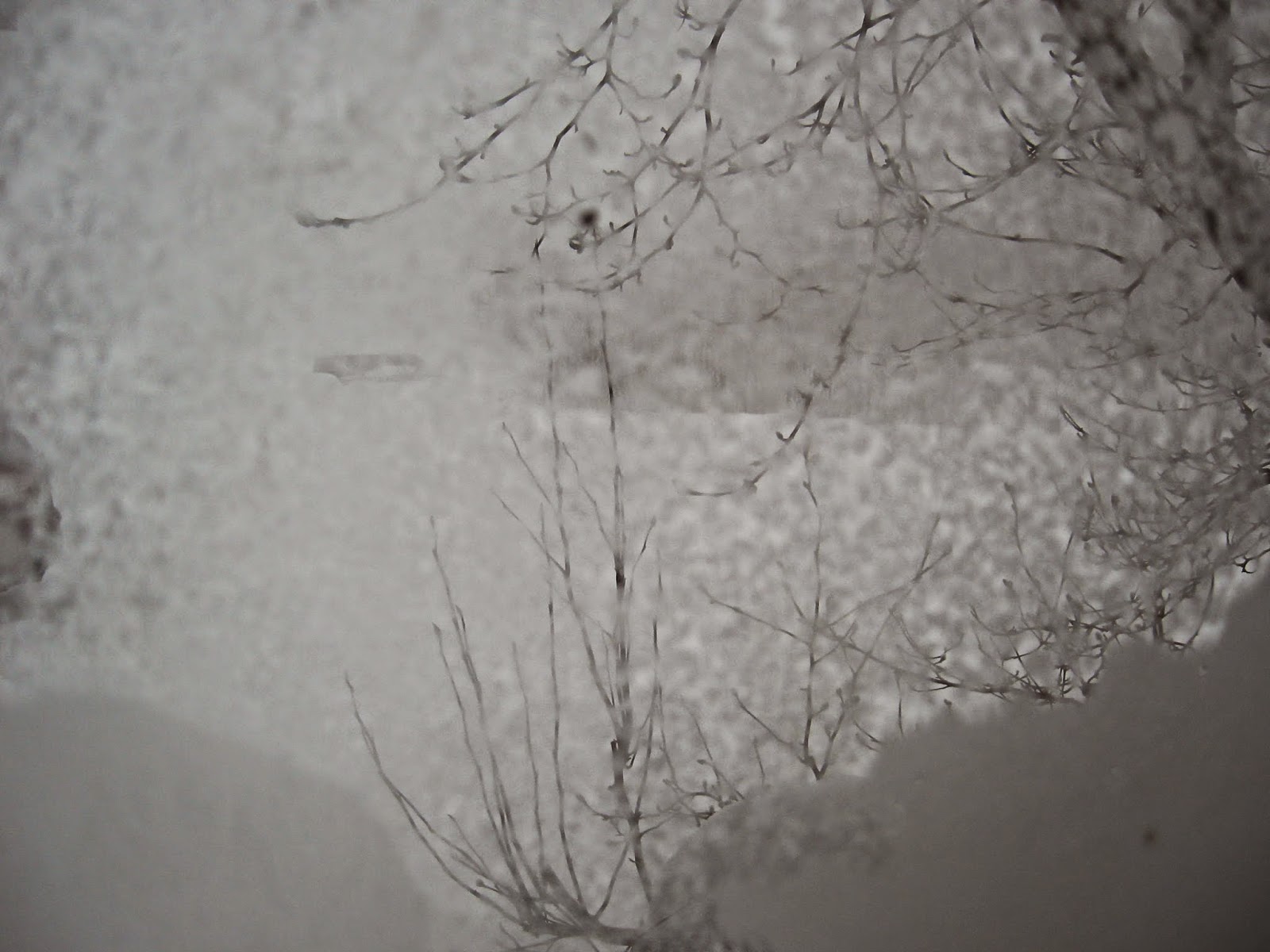 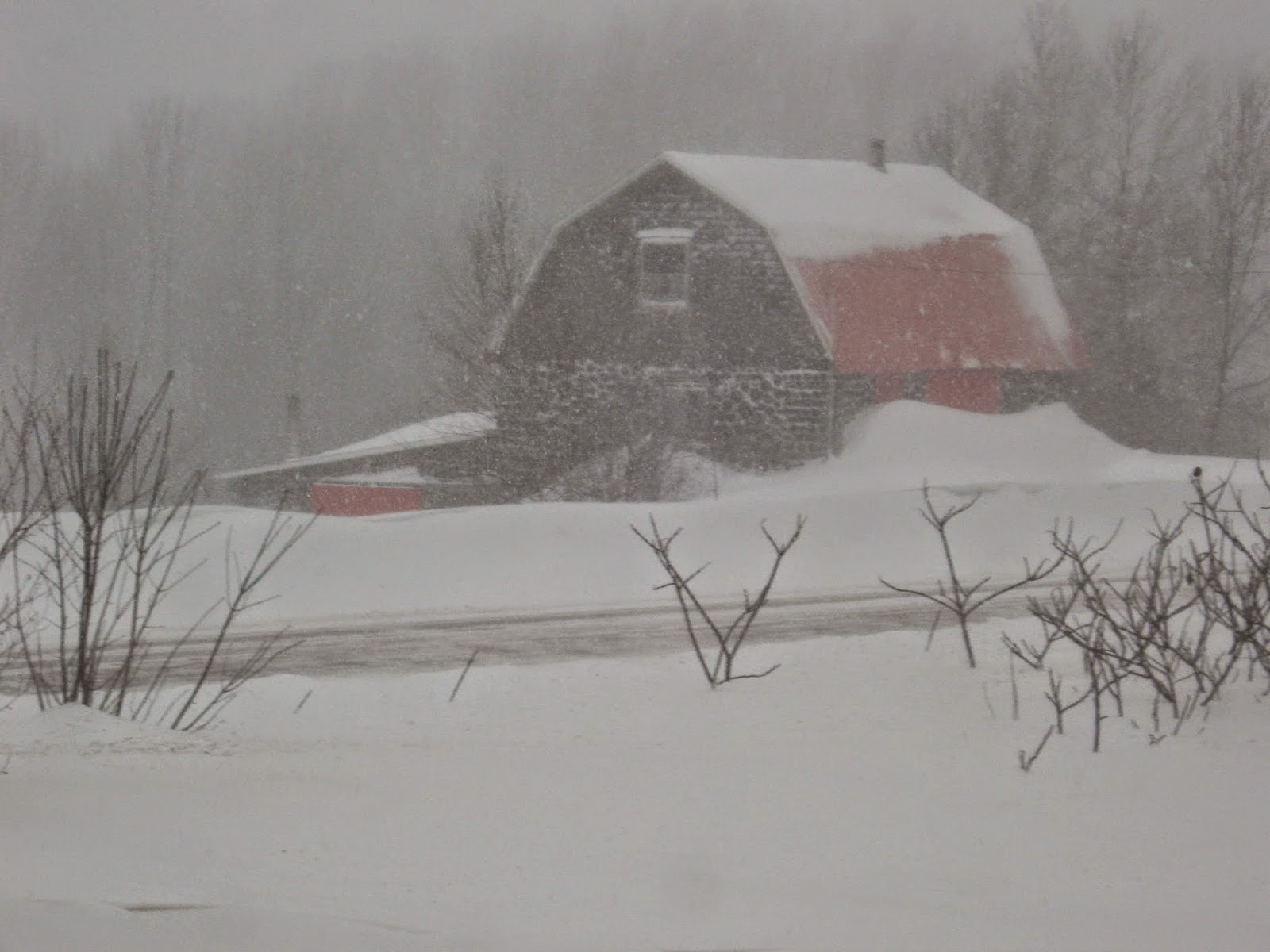 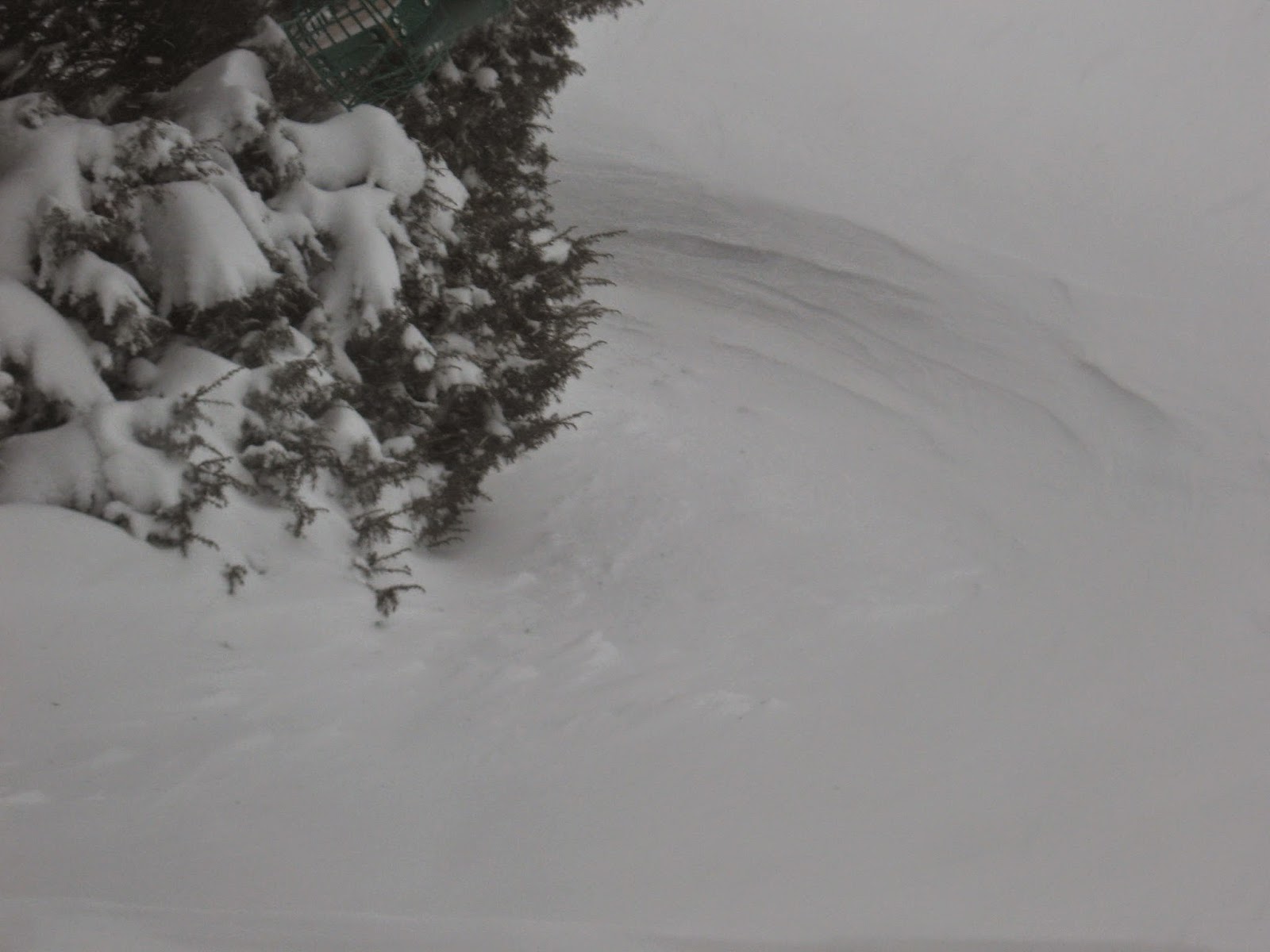 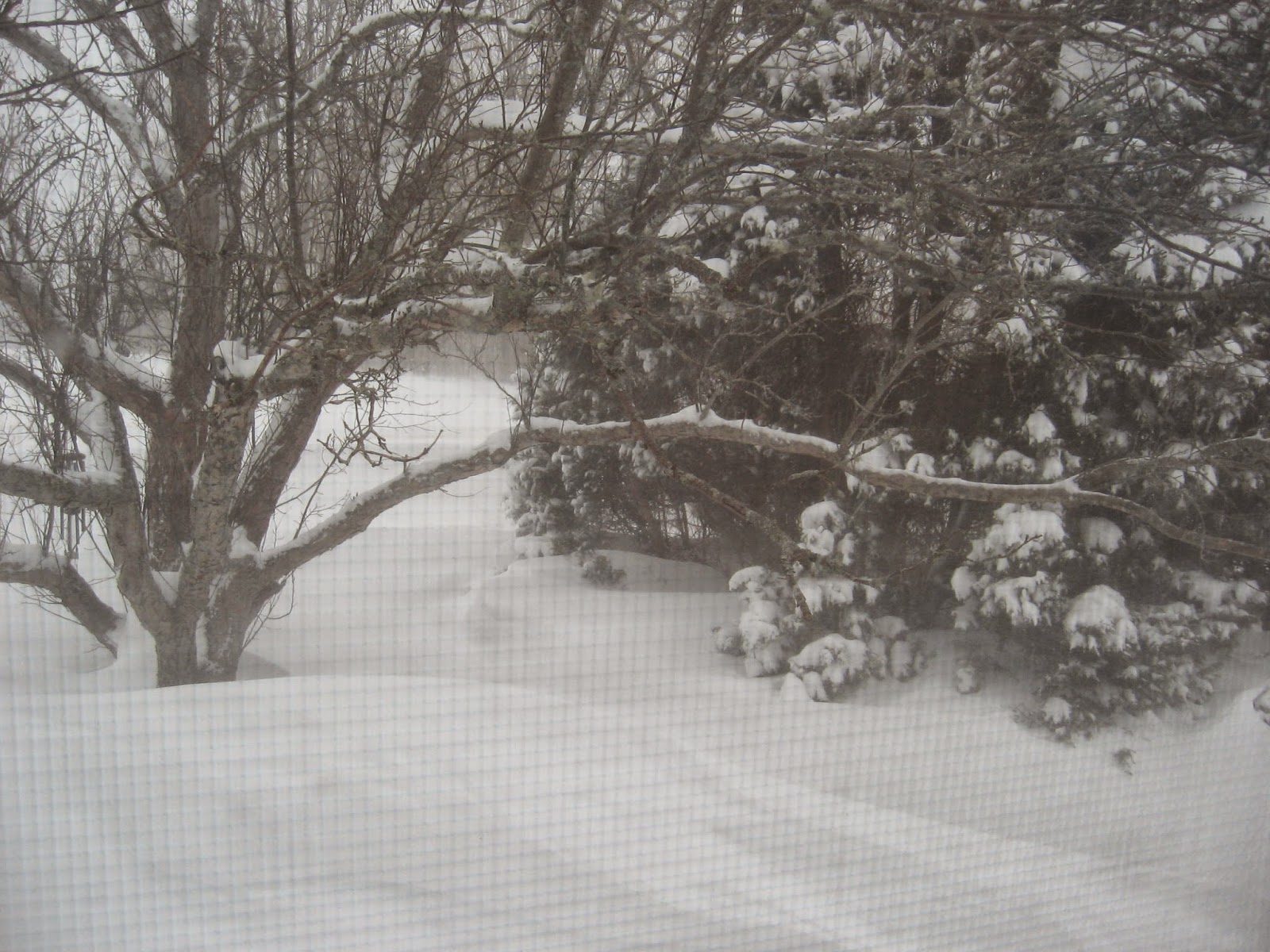 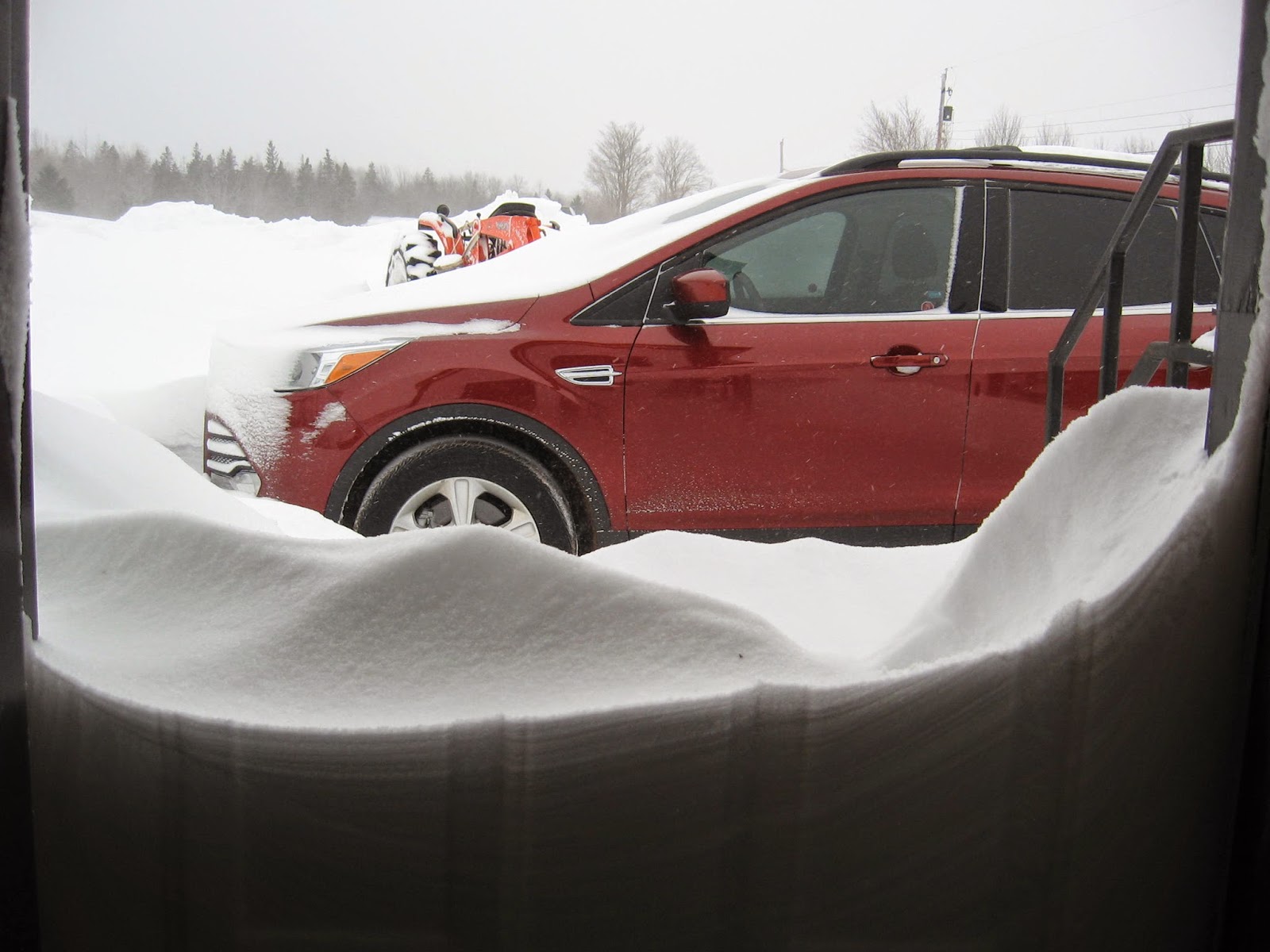 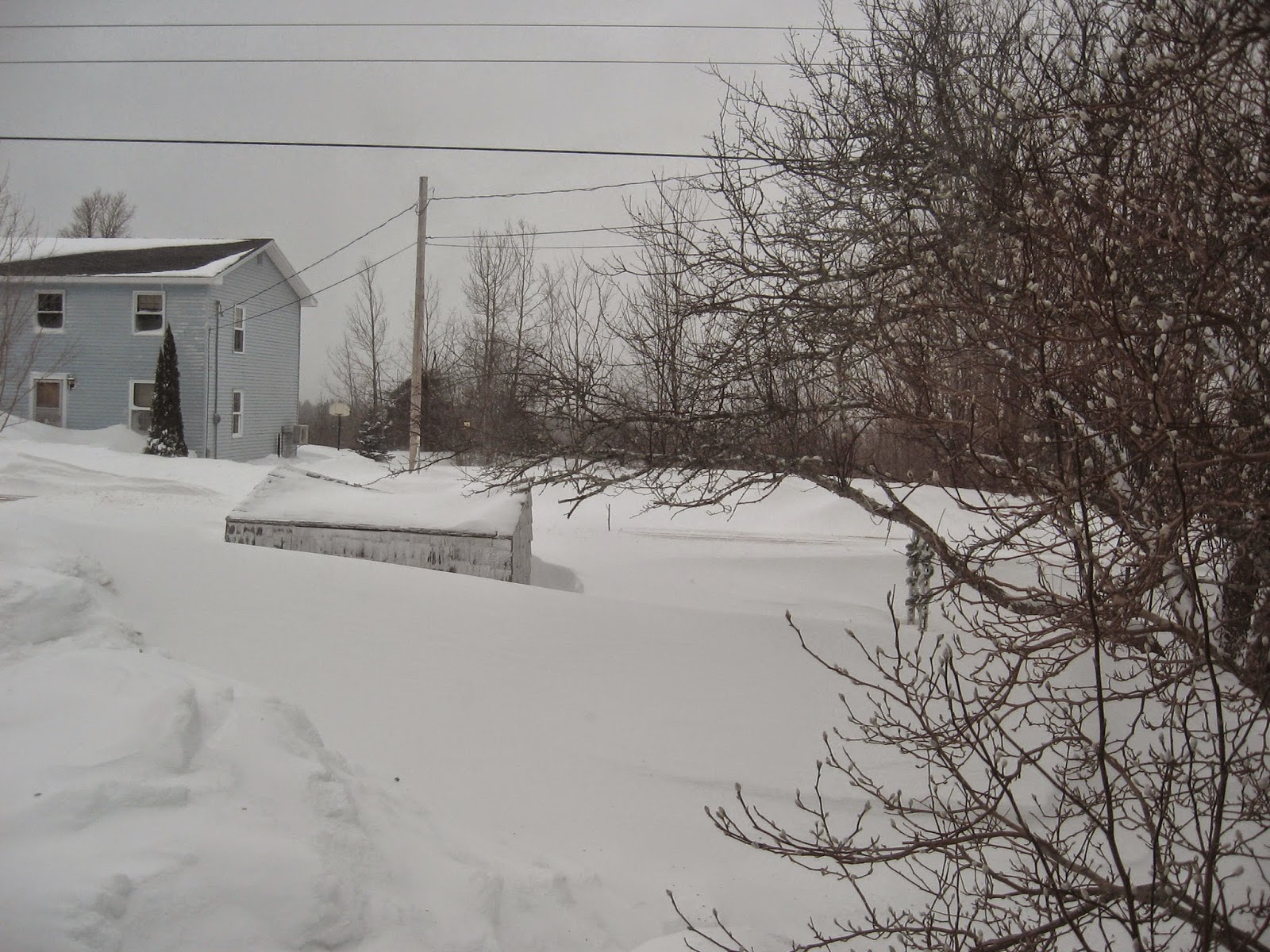 It has been quite a week, give or take a few days. The days all run in together during weeks like this past one.

We have had one snow storm after another. Snow, snow and more snow, mixed in with a bit of rain, rising and falling temperatures and ice on the roads. Road reports from Halifax early this morning told of buses sliding sideways on hills and cars off the road. Our area schools, in fact most schools in the province are closed today.

I cancelled our choir practice last night because of impending weather, and I am glad I did. I figured that even if one lived close to the church, they were still taking a chance on the roads. Ours is still snow covered and I imagine there is ice underneath.
The oil man just came to fill our tank. I am thankful that our daughter had cleared a way to it. Before she started, you couldn't see the tank.

I had decided last Sunday, that I was going to withdraw from activities this week. Picked a good one. All activities were cancelled because of storms. Oh well, I did take time off from FB and Twitter, and didn't read as many blogs as I usually do. In fact, I didn't do much this past week. Most days, I just thought about doing things.  Energy had packed her bags and left, and in her place pain and depression had moved in. However, I am on my way to recovery once again. This up and down stuff is a ridiculous way to spend one's days, but I guess it is better than the alternative, although there have been times when I didn't think that way. BUT, I got past that way of thinking too.

I didn't feel much like taking pictures of the snow, but this morning I decided to put a few here. 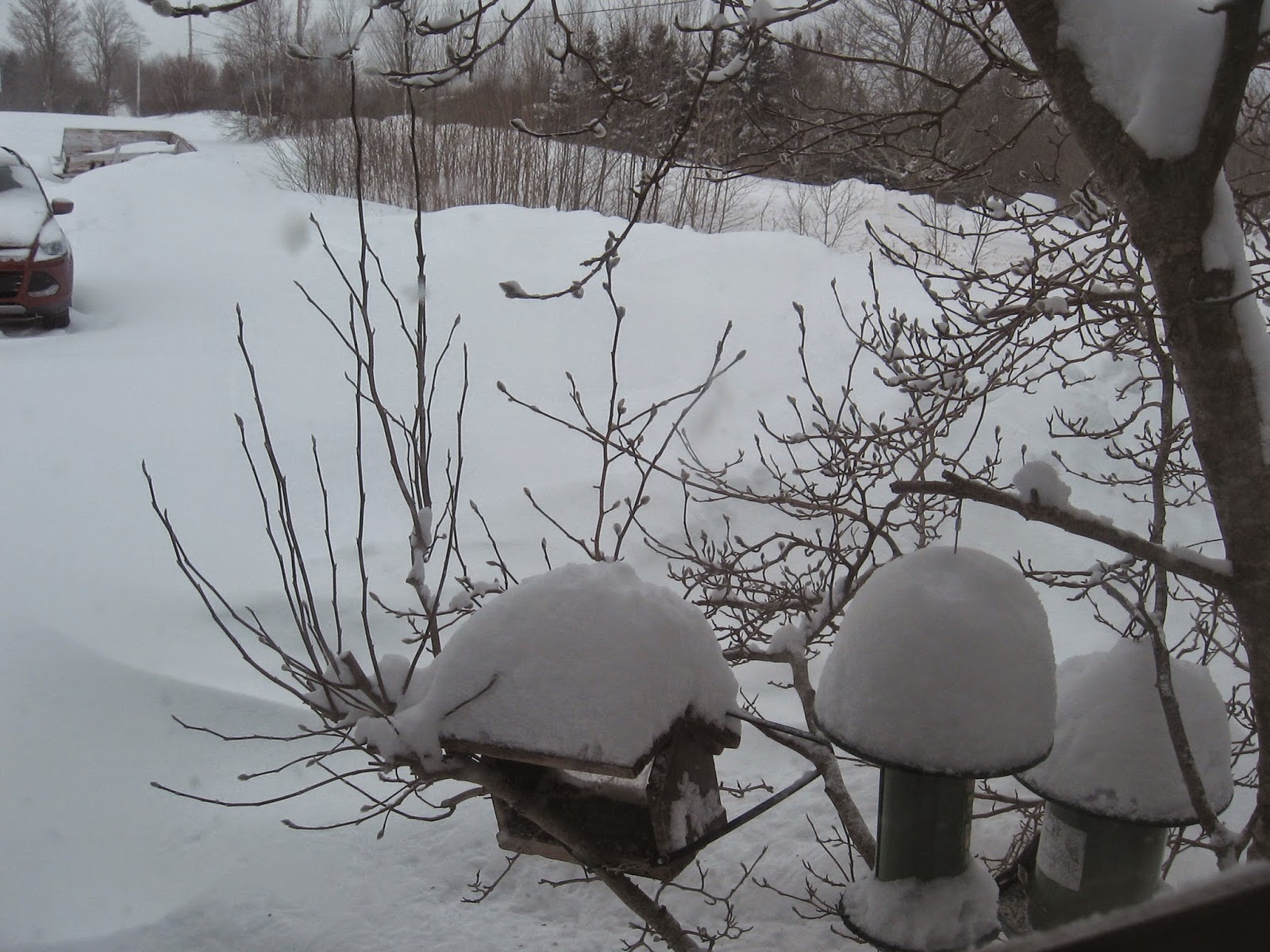 Poor birdies. It's been hard to get feed to them. 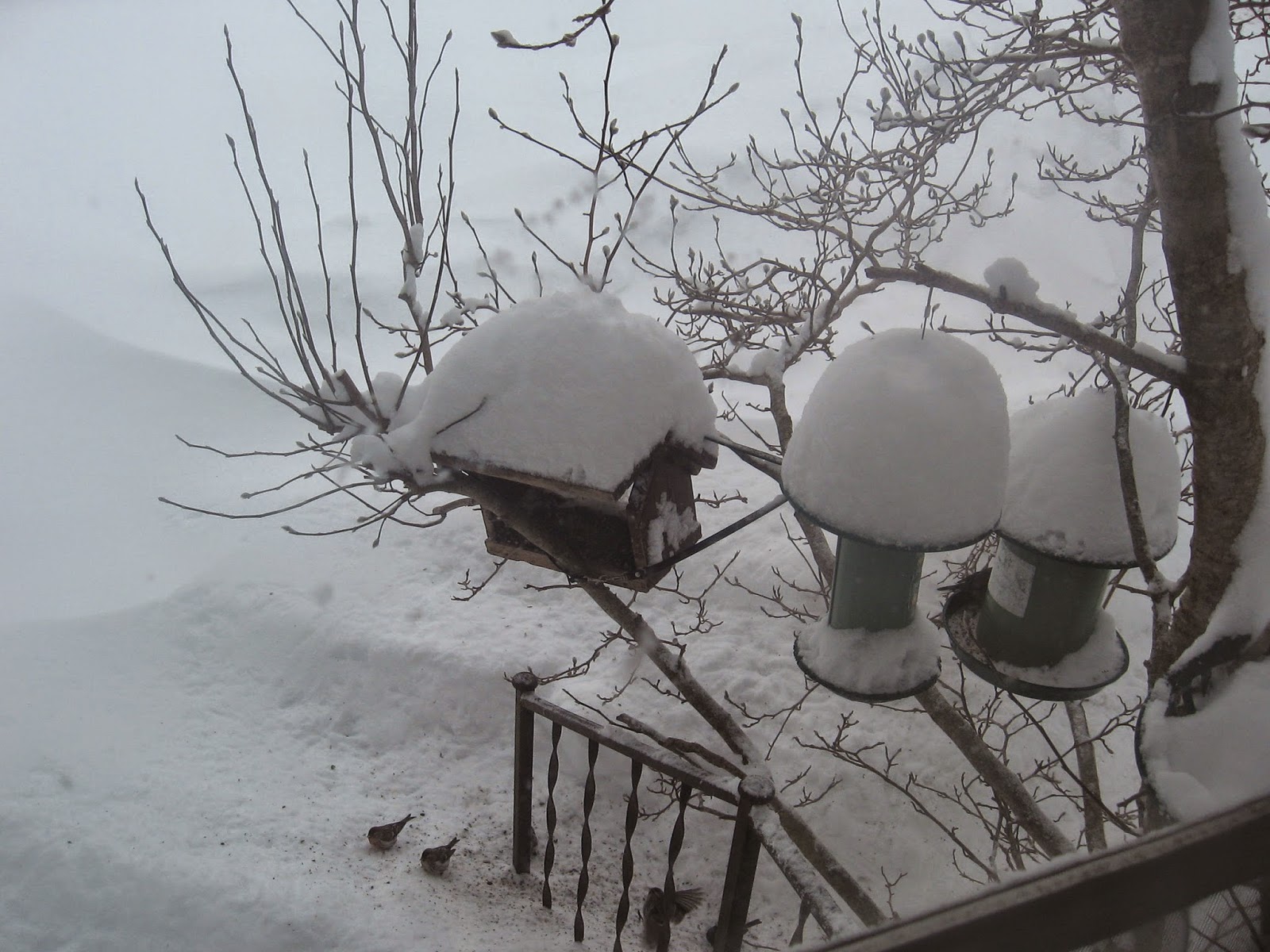 On a few occasions I just threw the seed on the snow. 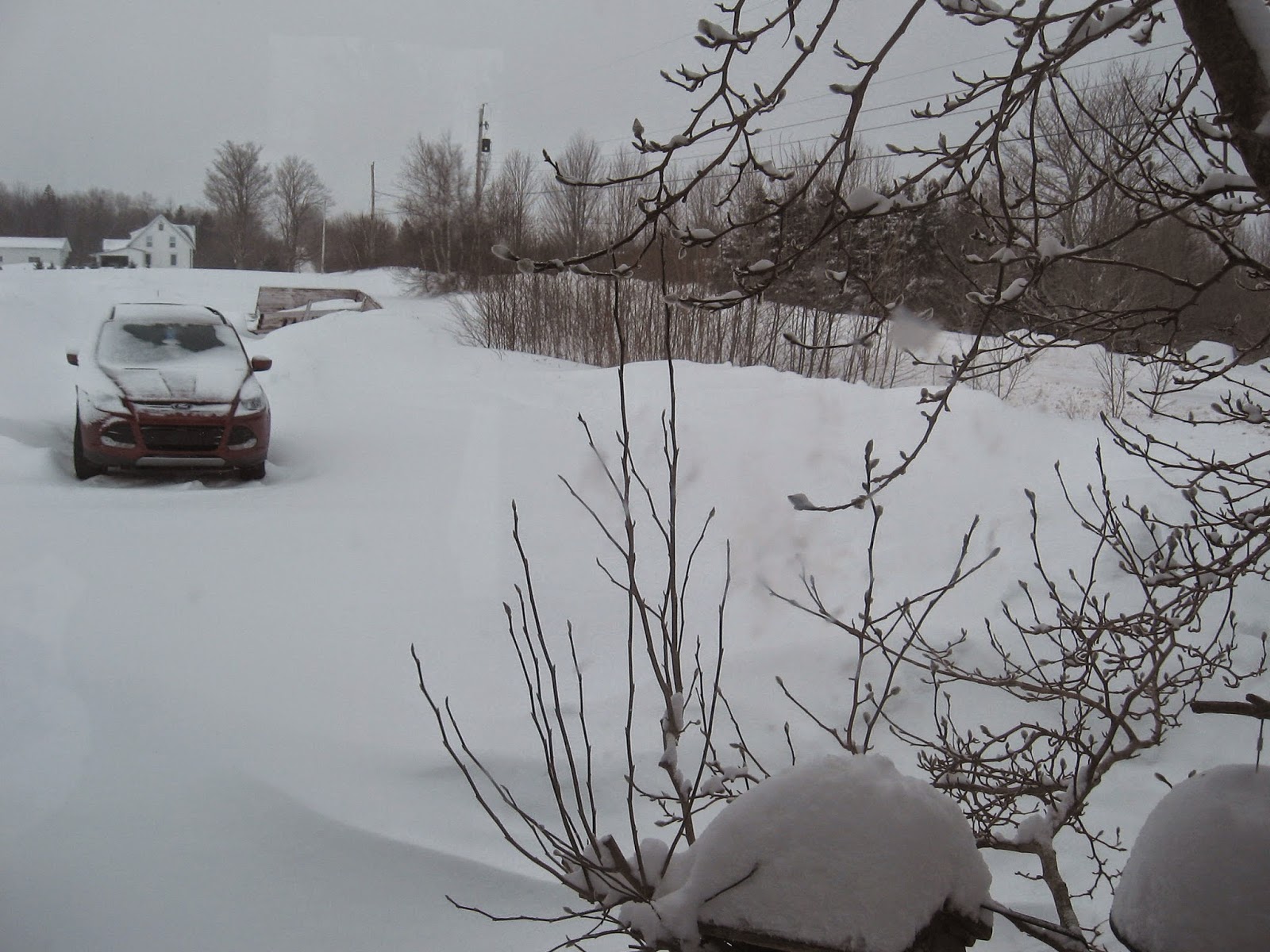 It is difficult to really see the amount of snow.
The driveway was plowed yesterday. 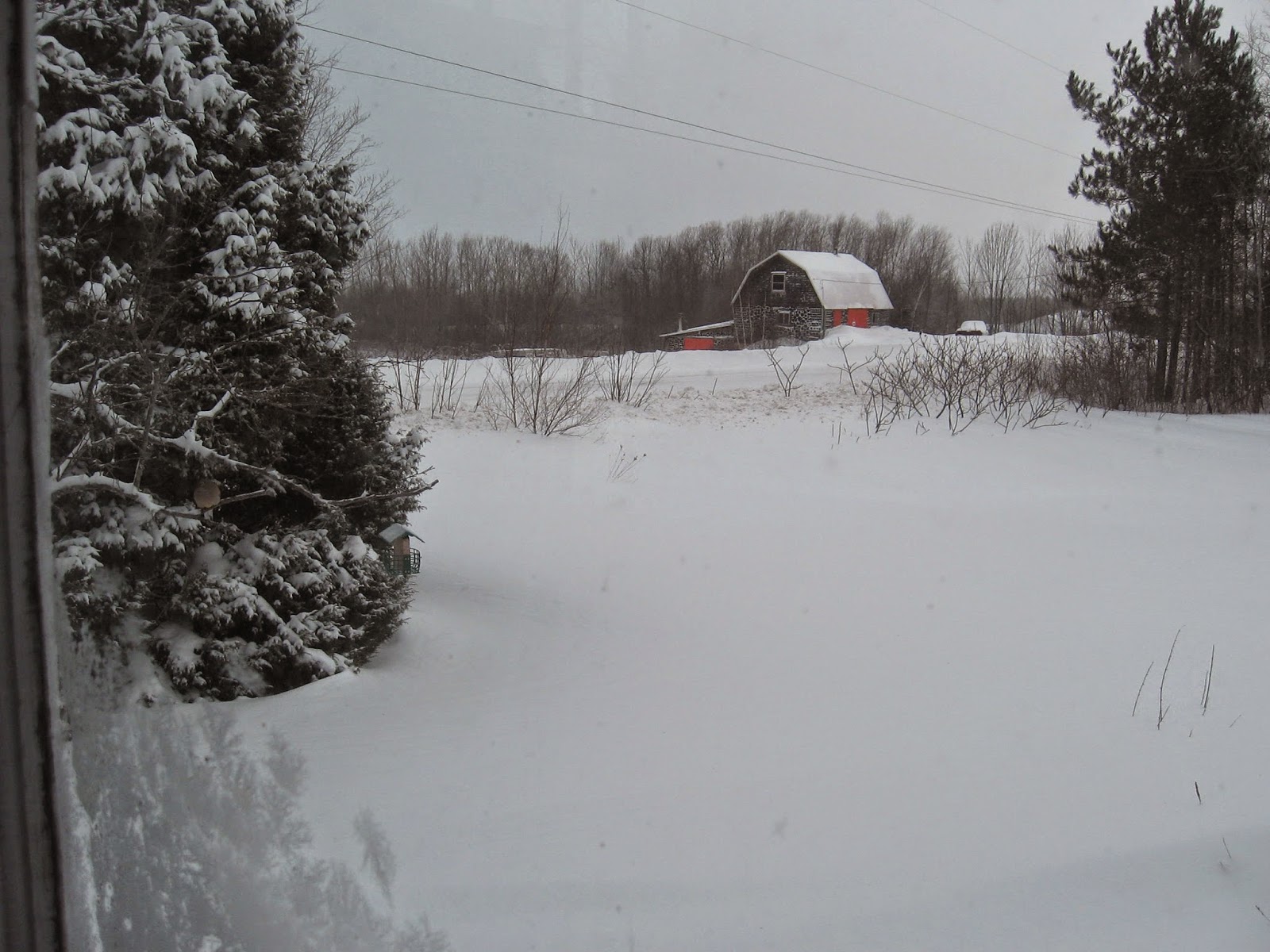 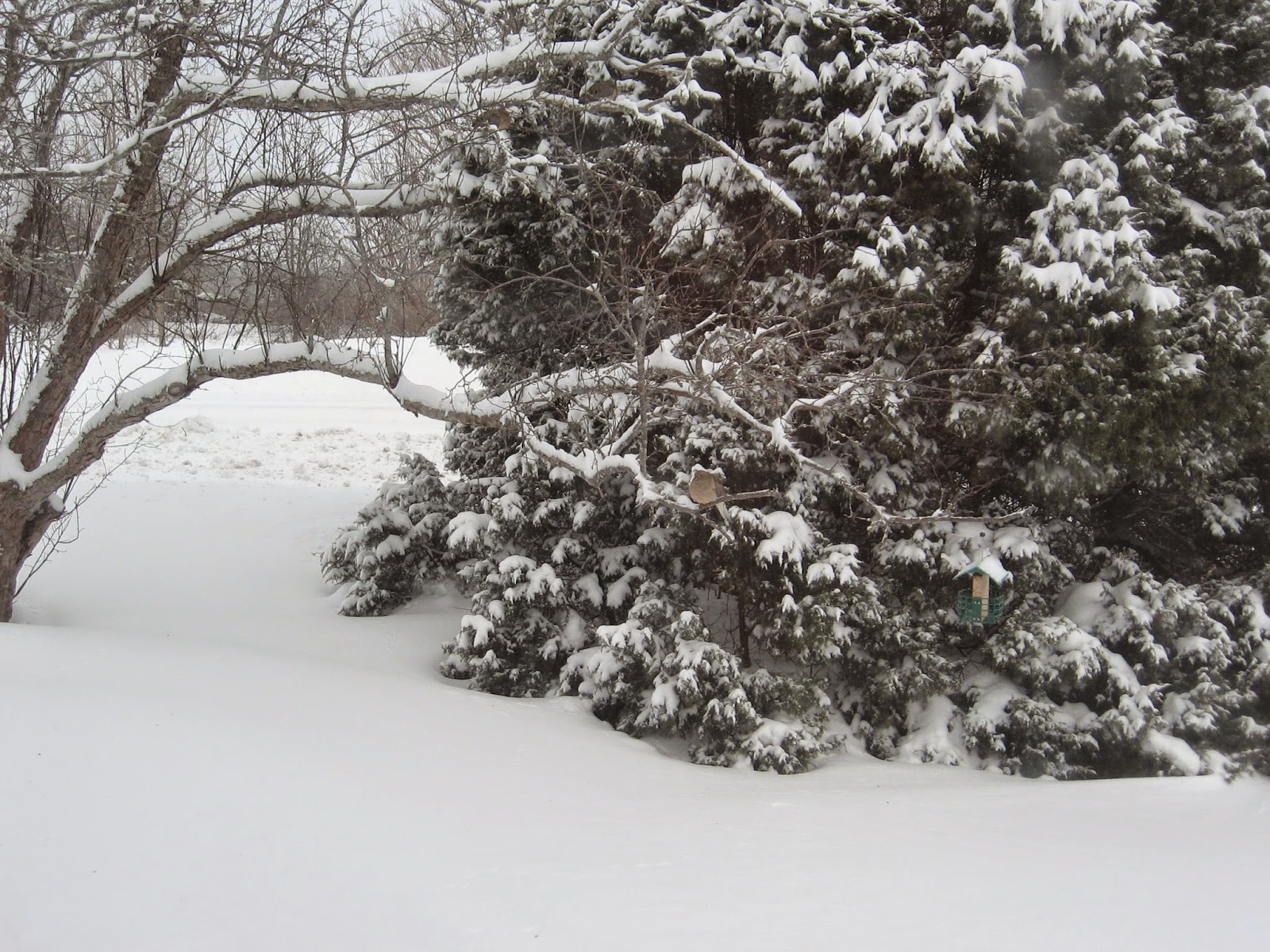 There is a Mourning Dove almost in the middle of the picture,
but it is hard to see.
Sadie is doing ok, and I am too.